It’s been 65 years since the inception of Nadiadwala Grandson Entertainment took place and evidently the success ratio of is a class apart. Ever Since then they have been entertaining us with the films they have produced with varied content.

Marking 2019 as the 65th year anniversary, Nadiadwala Grandson Entertainment has delivered hits one after the other with the films super 30, Chhichhore and Housefull 4, which made the right noise at the Box Office. 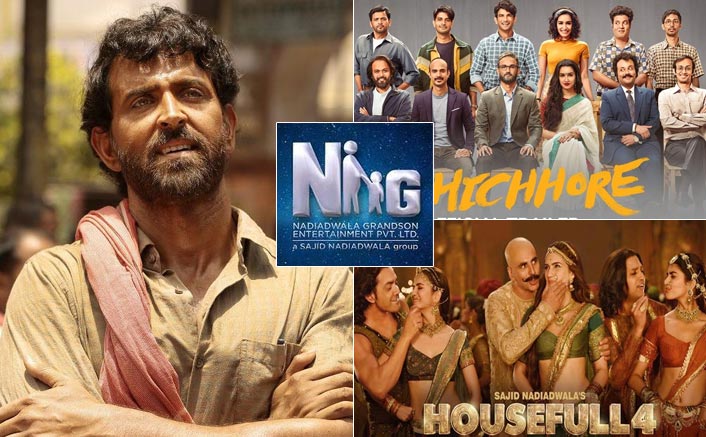 In July, Hrithik Roshan Starrer Super 30 was much appreciated by the audiences and critics alike owing to the storyline and the actor’s performance as a Bihari teacher. The film went on to earn more than 150 crores. For a biopic, it is one of the highest grosser.

Then with the August month, they came with the nostalgic college drama Chhichhore. The film was an instant hit as the story was so relatable to the audience taking them back to their carefree college days. The film earned around 160 crores in the domestic market. Chhichhore is a bittersweet and heartwarming dramedy with heartfelt moments. Do not miss to watch with your college buddies!

Then the laughter riot Housefull 4 fever took over the nation as the Bala Challenge broke the internet and before the release of the film it both the fans and members of Bollywood dancing on the hook step. The film is one of the highest grossers of the year so far and laughter riot.

This definitely testifies that the success ratio of the films under the banner of Nadiadwala Grandson Entertainment is remarkable.