Bollywood actor Varun Dhawan says he was inspired by a lot of hip-hop artists including Eminem, who is popular for hits such as The real slim shady and Lose yourself.

“While growing up, I was inspired by a lot of hip-hop artists like Eminem, and I think that’s when my love for dance also kicked in. I’ve been lucky enough to pursue it through my films with iconic dancers like Remo D’souza Sir and Prabhudheva Sir. Since then, it’s been incredible to see the evolution and growing popularity of this fun and inspiring art form in the country,” Varun said. 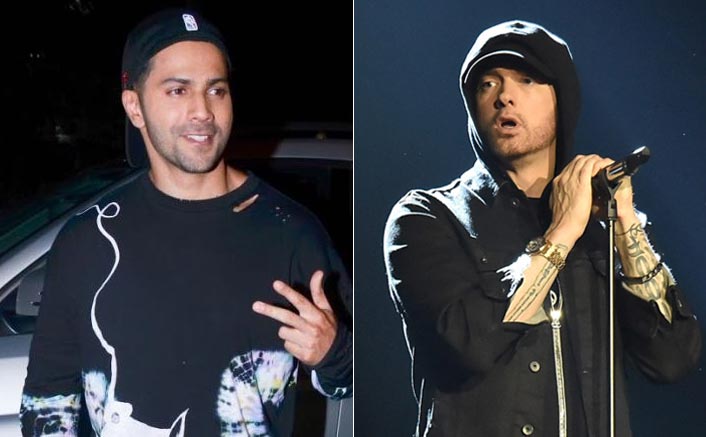 The “ABCD 2” actor loves the way hip-hop is being interpreted across India in different languages, forms and contexts.

“Artistic individuals are leveraging hip-hop to spread knowledge, emotions, and opinions and it’s so great to see the ‘janta’ accept and encourage it. I’m sure it’s only going to get bigger with each passing year,” he added.

He hopes that his association with the dance fraternity and his films like Street Dancer 3D, inspire people and show them the power of self-expression through dance.

” ‘Street Dancer‘ itself has been quite an intense experience, training for almost six hours a day, three months straight. We learnt many different dance forms, including krumping, hip-hop, old school and b-boying,” said Varun, who has lately been promoting hip-hop talent through hip-hop dance festival, Breezer Vivid Shuffle.

“Working closely with these artistes and with those on the sets of ‘Street Dancer 3D’ has made me realize what this community stands for and has made me respect the genre a lot more. We’re excited to bring to you some cool new moves with a bunch of amazing artists through this video and the film. So watch out,” he said.

“Street Dancer 3D” highlights India-Pakistan issues through the scope of dance and music and features Shraddha Kapoor, Nora Fatehi and Prabhudheva along with Varun.

For Draper Indian leaders are “Pathetic and Corrupt” to Ban Bitcoin, contrarily #IndiaWantsCrypto trend got viral in India