The internet always makes sure to leave us in splits with the Memes and jokes on anything and everything. People who make these memes don’t even spare the Bollywood celebs. After the scrapping of Article 370, a lot of memes on Akshay Kumar and John Abraham are going viral on the internet.

People are making memes on how Akshay and John will be fighting about who will get the script for a film based on Article 370. In an interview with Times of India, Akshay Kumar was asked his reaction to these memes. 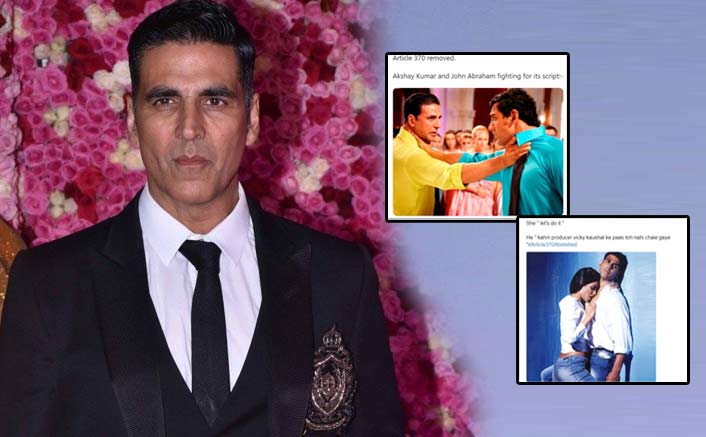 The actor laughed it out and answered, “Now that we are talking about it, he (John Abraham) is doing it.” The Rustom actor added that he and John tossed for the script and the latter won it.

Well, we wonder what reaction John Abraham will have if he is asked the same question.