Nach Baliye 9: The world of Nach Baliye started with oomph and is continuing to bring glamour and entertainment to the audiences’ platters. But that’s not all. The controversy meter is also high on the 9th season of Nach Baliye as contestant Vishal Aditya Singh is turning out to be the real life Kabir Singh!

They are doing it out of compulsion: …
UPPSC AE Previous Year Question Paper…
When will I get to write?
Simple Tips To Increase Self-Esteem
From Newbie to Digital Marketing Expe…

Just recently, Judge Ahmed Khan tagged him as Kabir Singh, after the movie Kabir Singh as he displays the same character traits as that of Shahid Kapoor in the above mentioned film. His relationship with co-contestant Madhurima Tuli, with whom he has participated in the show, is twisted and conflicted and he openly owns up to it. 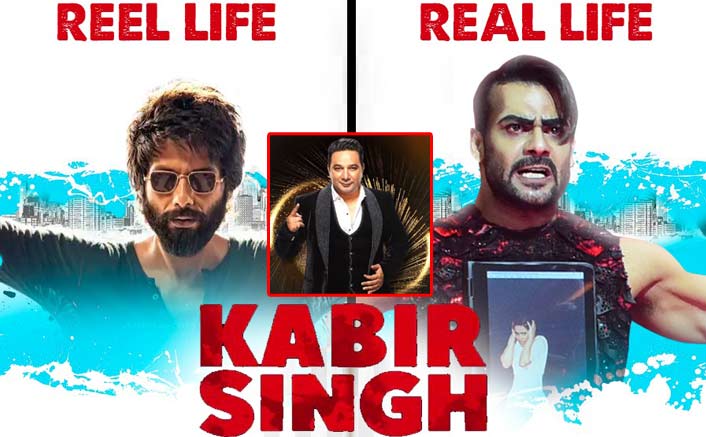 Reportedly, Vishal and Madhurima shared a very intense relationship wherein the actor was madly in love with Madhurima, which turned to utter hatred at the end of their relationship, when they broke up. Vishal Aditya Singh, being his uninhibited, carefree self, where he speaks openly whatever comes to his mind, has time and again expressed his bitterness over their past and on getting the tag of Kabir Singh, thanked the judge as he loves it.

Nach Baliye has been in the news for the high glamour content and elaborate grandeur associated with the latest season. It’s also being hailed as the most exciting and intriguing dance reality show because of the twist that the concept has, this time. According to the new track, Nach Baliye 9 has five ex couples and five current couples fighting it out to win the coveted trophy.

It is being produced by Salman Khan and airs every Saturday and Sunday, 8 PM on Star Plus.