Box Office Predictions: Two biopics, though set in different eras, arrive this Friday – Kangana Ranaut’s Manikarnika – The Queen of Jhansi and Nawazuddin Siddiqui’s Thackeray. Earlier this was meant to be a four way Box Office clash though with Hrithik Roshan’s Super 30 and Emraan Hashmi’s Why Cheat India too slated to arrive in the Republic Day weekend. Thankfully the crowd didn’t build up as Super 30 was pushed ahead by six months and Why Cheat India arrived a week earlier.

It is now a battle of Jhansi Ki Rani with Mumbai Ka Thackeray and it has to be seen how does audience respond to that. 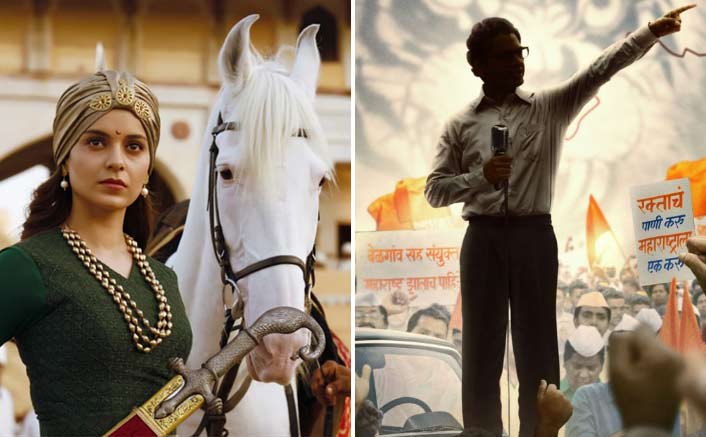 Manikarnika has been a two year dream for Kangana Ranaut and though there were quite a few hassles that she had to face during the making of the film, finally it is time for audiences to pass their verdict. The change of director and even actors didn’t really pull Kangana down and she has brought to fore this magnum opus for the big screen. The film has been in news for quite some time now and with a big release set for it, the opening is expected to be around the 10 crore mark.

Teaser of Thackeray was released a year ago and then the trailer came a few weeks back. It did make an impression, though one has to add that the film has a regional appeal to it. The follow through in marketing and promotion could have been better too as the hype isn’t at the kind of level that the film warranted. Nonetheless, it is expected that the opening would be around 3 crore mark and that would be a decent start for the film.

The post Box Office Predictions: Manikarnika – The Queen Of Jhansi And Thackeray On Hype Meter appeared first on Koimoi.