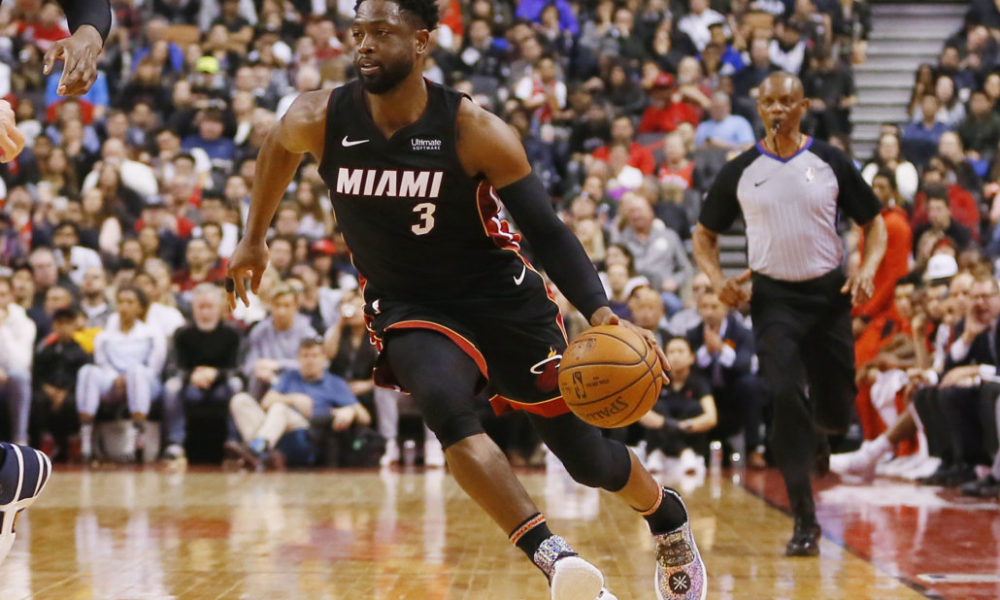 The most celebrated Miami Heat player of all-time, Dwyane Wade will reportedly have his jersey added to the rafters next month. (John E. Sokolowski/USA TODAY Sports)

Dwyane Wade capped off his storied career retiring at the end of last season, and now the player most synonymous with the Miami Heat is to be honored by his long-time team. The South Florida Sun Sentinel’s Ira Winderman is reporting that the Heat have scheduled Dwyane Wade’s jersey retirement for February 22, with a ceremony for Wade also slated for the night before.

Dwyane Wade began his career with the Heat when they selected him out of Marquette with the fifth pick in the 2003 NBA Draft, attaining his first NBA championship in only his third NBA season, forming an all-star tandem with Shaquille O’Neal. Wade then went on to form part of Miami’s “Big 3” alongside LeBron James and Chris Bosh, a core that added two subsequent championships with the Heat.

After departing the Heat to join his hometown Chicago Bulls, Wade was then bought out to join the Cleveland Cavaliers for an opportunity to pair-up with LeBron James once more, this time bearing less success. Wade then re-joined the Heat to close out his Hall of Fame-caliber career.

In having his number 3 jersey retired by the Miami Heat, Wade is set to join the ranks of Tim Hardaway (10), Alonzo Mourning (33), Shaquille O’Neal (32), and Chris Bosh (1) in the rafters of the American Airlines Arena. Michael Jordan’s number 23 is also retired by the Heat, despite him never playing for the organization.