A ‘Friends’ Reunion is Reportedly in the Works at HBO Max 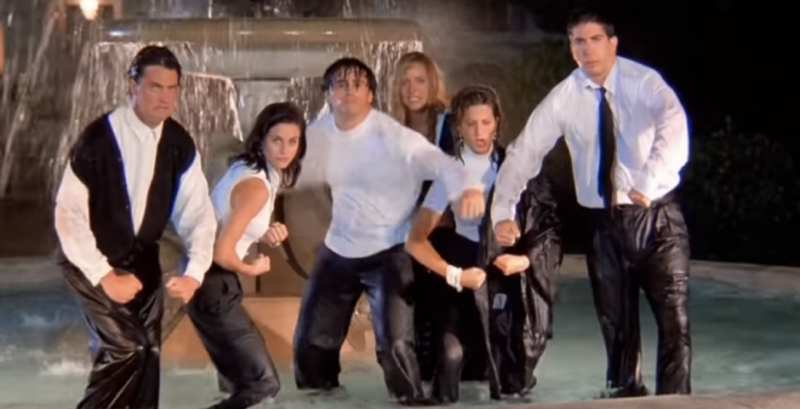 A Friends reunion special is finally in the works at HBO Max, with the full cast and crew on board to return if a deal is made. (NBC)

The Friends are all getting back together… maybe. According to The Hollywood Reporter, a reunion special to celebrate the show’s 25th anniversary is in early development at HBO Max.

If the new streamer is able to pull off a deal that brings them all together, the original cast and crew have agreed to join in the celebration. Specifically, Jennifer Aniston, Courteney Cox, Lisa Kudrow, Matt LeBlanc, Matthew Perry and David Schwimmer would return for the special. Series creators David Crane and Marta Kauffman are also interested in appearing in the special. Since the show’s finale in 2004, the cast a crew alike have shot down any hopes for a sequel and/or reboot series. So, this would be an unscripted special that likely features retrospection and behind-the-scenes stories from the show.

And though deals are far from finalized for the special celebration, Aniston recently shared the cast’s desire to do something. While on The Ellen DeGeneres Show promoting her new Apple TV+ series, The Morning Show, Aniston again rejected the idea of anything scripted carrying on the show’s story with a simple “no.” However, she did say, “we’re working on something,” in regards to any sort of Friends follow-up. It seems like this reunion special is that something.

HBO Max is slated to launch in North America in May 2020, the reunion special would likely be available on launch it’s finalized. Regardless though, Friends will be available on the platform in its entirety at launch.

The post A ‘Friends’ Reunion is Reportedly in the Works at HBO Max appeared first on Def Pen.

A ‘Friends’ Reunion is Reportedly in the Works at HBO Max