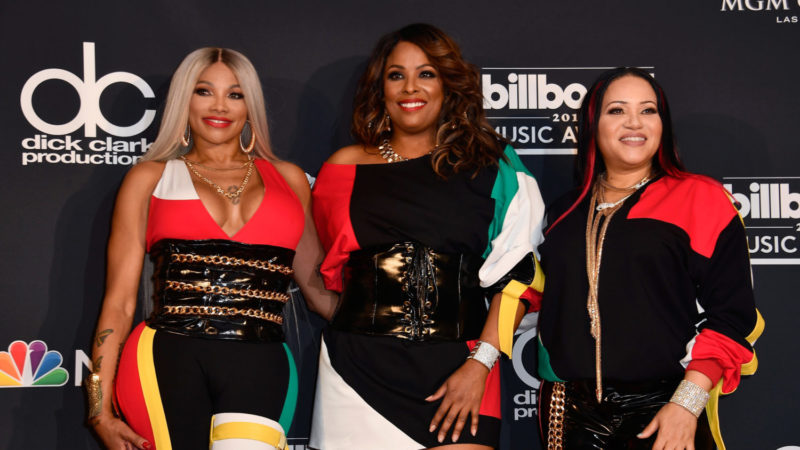 Spinderella filed a lawsuit against her groupmates Salt-N-Pepa last month. Spinderella, whose real name is Deidra Roper, filed the suit over owed royalties. The DJ claims that she never received one-third of the royalties she was promised from the group’s 1999 Best of Salt-N-Pepa album. She also claims she is owed money on additional instances. A judge has now ordered all three members of the rap group to mediation.

The Salt-N-Pepa duo Cheryl James and Sandra Denton, said in a statement, “We are grateful for the judge’s ruling as Salt-N-Pepa have been extremely generous to Spin over many decades and attempted to settle what amounts to a divorce, both peacefully and without rancor.”

“Unfortunately, Spin and her legal team adopted a scorched earth approach that brought unnecessary attention to a business dispute that all along could have, and should have, been settled amicably and privately,” they concluded.

The DJ’s lawyer Paul Stafford sent a statement to Billboard that read,

“Although the Court denied today’s request for a temporary restraining order, Salt-N-Pepa have agreed [to] not make any reference to Spinderella in connection with any promotion, and will make good faith efforts to cause others to honor the same. In addition, the parties were ordered by the Court to mediate this case — further substantiating Spinderella’s legal and equitable rights against the Defendants to protect her brand and reputation, as well as her right to be compensated for her work.”