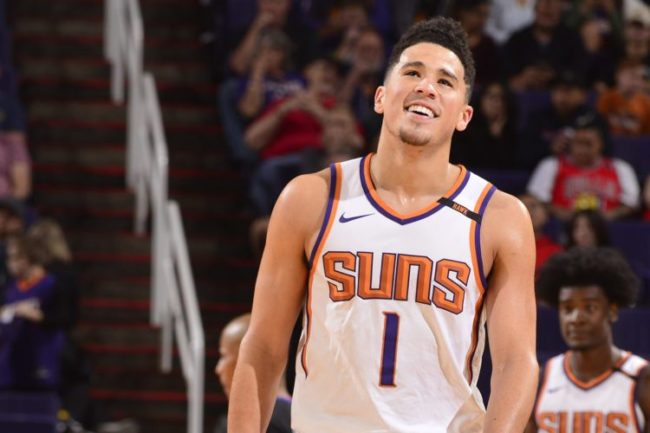 The Phoenix Suns have announced Monday night that they have parted ways with head Coach Igor Kokoskov after just one season with the team.

General manager James Jones announced the surprising separation in a statement on Monday:

“After extensive evaluation, I determined it is best to move in a different direction with our head coaching position. I want to thank Igor for his work this past season and wish him the best with his future endeavors.”

Soon after the firing was confirmed, ESPN’s Adrian Wojnarowski announced that the team has already started their search for a new head coach, with Philadelphia assistant and former New Orleans Pelicans head coach Monty Williams being a targeted candidate:

Wojnarowski continued on Tuesday, stating that the Sixers have given Phoenix permission to interview their assistant and the Suns’ top candidate to fill their head coaching vacancy:

The Sixers have granted permission to the Suns to meet with assistant coach Monty Williams about coaching job, league source tells ESPN.

Kokoskov became the first European-born head coach in NBA history in May, remarkably being hired as the Suns’ fourth head coach since 2016. and formerly served as an assistant for the team from 2008-13. Outside of this organization, Kokoskov also served as an assistant coach with the Cleveland Cavaliers, Orlando Magic, Detroit Pistons, Utah Jazz and Los Angeles Clippers.

The Serbian-born coach also served with the Slovenian and Georgian national teams, winning a gold medal with Slovenia at EuroBasket 2017.