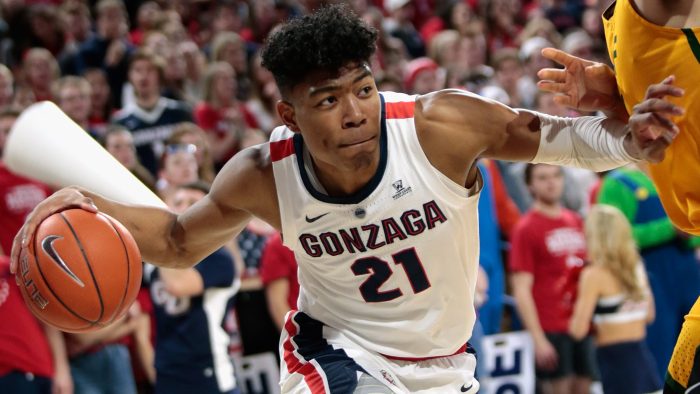 The Gonzaga Bulldogs have lost their first major player to the 2019 NBA Draft. Rui Hachimura has declared for the draft with the intent of starting his NBA career. The forward is forgoing his final season of college eligibility. He is the fifth Japanese born player in the NCAA and the first to play in the NCAA Tournament.

How To Find Your Purpose And Passion …
CBD 2020: What to Expect + Our Top Pr…
Expansion of Fed’s Balance Sheet coul…
Bigfoot Mystery Solved
When will the fun start?

The junior forward has excellent size for the NBA. He is listed at 6’8″ and 230 pounds and paired with his skill set will get NBA teams extremely interested. The forward is projected to go near the end of the first round of the 2019 NBA Draft.

His offensive ability is without question, but he will need to improve on the defensive end of the ball for NBA play. His third year with the Bulldogs was phenomenal averaging 19.7 points and 6.5 rebounds. He also shot the ball at a clip of 59.1 percent in his third year.

The Gonzaga Bulldog’s forward also has an impressive wingspan checking in at 7’2″, which will help him at the next level. Mark Few has built Gonzaga into an international hub in recent years. This is just more evidence that the Bulldogs are an official NBA prospect machine.

The NBA combine and individual team visits will be a major chance for the Japanese born forward to prove his talent and worth. He will need to work on a few things, but he is ready for the NBA after three years in college. Rui Hachimura is projected to go 30th in the fourth edition of the Def Pen 2019 NBA Mock Draft. His stock could rise or fall in the coming months.