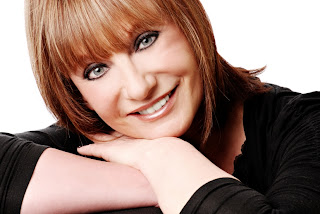 Stephanie van Niekerk, Director Method Actors' Training Centre.
There are many myths, misconceptions and idiotic beliefs about The Method. This is to be expected, I guess, but what astounds me is that people who should know better than to talk about things they know nothing about, broadcast stupidities, based in their own ignorance and lack of research, as truths, to students who depend on them for knowledge and correct information. Self-respecting educators really need to do better than that.

Method acting is a technique learned by serious actors to support them in what they do on stage or camera. It is not a "paint-by-numbers" technique to be sheepishly followed by those who are without talent, creativity and acting ability. Creating the character, telling the story, playing not only the scene but also the intent (of the character and the dramatist/script writer) is the actor's job and can certainly be done without using Method acting. Method actors are made aware of this fact over and over again while they train with me. What The Method helps them to do is to make what the character experiences real, believable, truthful and honest.  We use the techniques to solve acting problems. Method, therefore, provides the cherry on the cake!

There are many methods of acting that are used by successful and competent actors and I encourage my students to use any methods of acting that will help them to do good work. I have yet, however, to discover any other technique that brings about the honest response and expression I require in a performance, which is why I believe in Method acting so passionately.
So ... let's have some fun!
Let's look at some of the myths, misconceptions and stupidities
blown about by idiot winds!

The Method is dangerous because it makes you crazy ... look at what happened to Marilyn Monroe!
My question to the propagators of this ridiculous belief is ... what about all the other Method actors who are not "crazy"? Al Pacino, the late Paul Newman, Clare Danes and Helen Hunt all look quite sane to me. I have personally never experienced a single person "losing their mind" (permanently!) during my studies in New York or in my class ... not once in the past 32 years of my involvement with this technique. There are many people drawn to the arts who have psychological, emotional or substance abuse problems, of course, but they enter the process already somewhat off-balance. If you learn how to use the techniques correctly - even "traumatic" emotional memory work - the results with regard to your state of mind can only be positive.

The Method is only usable when playing serious, very emotional roles where you have to cry and scream.
Really? What about Gene Wilder's cooky movie characters? Dustin Hoffman in "Tootsie"? The different types created by Johnny Depp in countless brilliant performances? Throughout the years I've done comedies, stylized plays and Absurdist theatre as well as serious and Medieval drama, and my students have used Method Acting in all of these different genres very successfully to create characters an audience could believe in.

The Method, as taught in school, can only be used when acting on stage. I want to act on camera!
If that's the case I have no idea where all those successful, brilliant, famous film actors, who studied and use The Method when working, are coming from. A third force ... or perhaps the Hollywood Fairy? ... must be involved in some diabolical scheme!

Method actors are difficult to work with ... and they always want a motivation for everything they're required to do.
I guess some actors are difficult to work with, no matter what their "method" may be. I personally find actors who pretend, indicate, fake it, come to rehearsal unprepared, arrive late, behave like prima donnas and get jealous of fellow actors difficult to work with. The actors I train are expected to behave like professionals. They are taught to respect the director and do what's expected of them. They're supposed to take their work seriously and do their best at all times. Method actors who have trained with me for four years know how I expect them to behave - whether they do what I require or not - and if they behave unprofessionally it is not The Method's fault but their own.

Yes, a major part of how we work requires finding a motivation for each action the character executes, otherwise the action will be empty and without intent or purpose. It will not be motivated and justified, leading to a dishonest performance. My actors are taught to find these motivations for themselves and not to bug the director with it. It is the actor's responsibility.

I believe that partially trained actors who don't understand how the work is to be used, are the culprits here. I personally do not regard anyone who has studied for less than four years as a Method actor. Actors who have been partially trained can, in fact, give The Method a bad name in the industry because they are bound to suffer from bad working practice, misconceptions and ignorance as far as correct application of the work is concerned.

A QUESTIONAIRE RE: THE METHOD AS ANSWERED BY STEPHANIE VAN NIEKERK