We Announce The Launching Of The New Health Blog, ‘Secrets Of Aids and Ebola’ 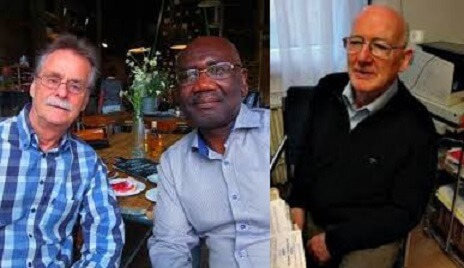 Dear readers, a couple of weeks ago, “Secrets Of HIV-Aids and Ebola Facts Journal,” a blog that for five years has become one of the best Health blogs in the world, due to the accuracy and genuinely content, was deliberately destroyed, to cover up chronic medical crimes against humanity.

The world has gradually become unsafe to live in as crimes are committed daily with impunity, not by criminals but by so-called politicians, pharmaceutical companies, and rich individuals, interested in reducing the world’s population but targeting a particular race for decades in both Africa and the USA.

It is our responsibility to fight against crime, the reason governments put terrorists and other criminals destroying the world behind bars. However, there is no law that says writing a Genuine Health article is a crime.

Does it mean that actually they did or doing what we are writing about, therefore, the need to destroy our genuine health blog and to cover up their crimes against humanity is necessary?

The judges, the police, the so-called International Criminal Court - ICC, in The Hague, The Netherlands, are playing their roles in making this world a ‘better’ place.

We are also playing our roles in making this world a better place by writing genuine health articles, therefore, if no one is ready to give us applause, then it’s a shame to support, abet, and aid crimes against humanity, in whatever form, in any society.

Below is the link to our new health blog to the memory of one of our dear writers, the

We Announce The Launching Of The New Health Blog, ‘Secrets Of Aids and Ebola’