Books Can Save Our Dying Culture

On Renewing “A Catholic Reader” 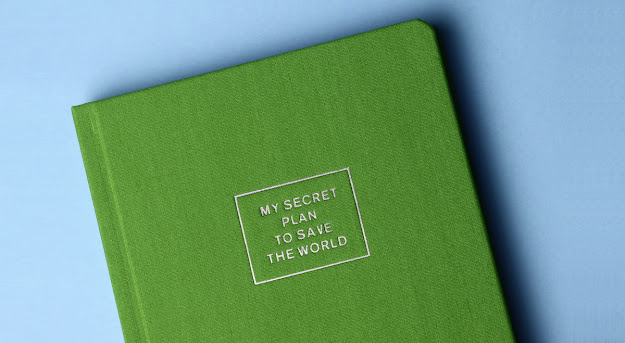 I’VE BEEN WANTING to get back to writing on this blog for some time now, after several years of neglect. When I started it, ten years ago, I was recovering from a severe case of burnout, so I wrote mostly to give my frazzled brain something to do. I had spent the past ten years or so teaching in college classrooms, so a bit of that showed up in my blog posts, but mostly I was trying to express what interested me about the books I read and just putting that out there to see if it interested anyone else.

Coventry, from 2 Tone Ghost Town to C…
The Sign of Four
10 of the best rural glamping hideawa…
Why Furries Make Excellent Hackers
Proven Methods for Successful Weight …
I originally called this blog “A Catholic Reader” because that describes my reading tastes—“catholic” with a small “c”—and because it also describes my perspective as a reader, “Catholic” with a capital “c”, a worldview that permeates my understanding of, well, everything. Now that I want to get back to blogging about books and reading, a part of me still wants to teach others, about how to read and why to read and how to get the greatest pleasure and benefit out of what we read. But I also want to “show” more than “tell”—something I’ve learned from becoming a writer and editor of stories, as well as a reader.
So I think what I’m going to do is, rather than creating an explicit agenda for myself, is write about the books I’m reading now, as I read (or re-read) and digest them. These won’t be book reports or reviews, just personal reflections that include things I’ve learned from a lifetime of reading as well as many years dedicated to studying and teaching literature and writing. These accounts of my reading are intended to be more descriptive than prescriptive—I don’t expect my Readers to share my tastes, but I hope what I have to say about my own reading will encourage readers to broaden and deepen their own tastes and reading practice.

One of the reasons I think it’s time to return to this blog is that the world is going mad and things are falling apart. Our Culture is falling apart, because we no longer know how to read with appreciation and understanding. I firmly believe that those best equipped to rebuild our culture are will be those who are still deeply rooted in what has been handed down to us, what has borne the test of time and taught us things that can help us build the future. And much of that is preserved in books, even when it has faded from human memory.
So, many of the books I discuss (but by no means all) will be old ones. Unfortunately, anything old seems to be out of favor these days, whereas old books used to be the chief focus of literary attention. In my lifetime, the teaching of literature has undergone a disastrous revolution, as Marxist ideology has permeated first graduate schools, then undergraduate education, and finally ordinary schooling. “Woke” culture wants to impose this ideological orientation on the world, to tell us what to think and to deny us the tools to actually learn to think for ourselves. Everything has been politicized and virtually every part of the past is being erased, after being thoroughly picked to pieces.
Well, I’m not going to do that. I believe that literature—especially literature that endures, that continues to attract readers over many decades or even centuries or millennia—conveys something that is innately human, something that can speak to readers far separated in time, space, and culture from its writers. It can be, as I’ve discussed in earlier posts, “philosophical” in the best sense of that word—but it does so by being “poetical,” i.e., by creating an analogy between its fictional characters and its present readers. (See this blog post from 2012 about how literature engages the imagination to help us grasp universal truths.)
This is something that identity politics, “woke culture,” and narrow ideologies deny and fear. They don’t want us to see ourselves in literary heroes of the past or to feel any sympathy for historical figures who have traditionally been held up as examples. We are meant to think of ourselves as victims or oppressors, to think of the past as hopelessly ignorant and ourselves as wonderfully progressive and superior. One of the first things this strategy of cultural destruction attacked was the teaching of literature. Why? Because reading literature of the past requires adopting a kind of openness to difference that the ideologues only pretend to value; it requires a humility that allows us to recognize that, when it comes to personal struggles and temptations, we are really no better than our forebears.

So I hope what I do here will, in some small way, serve to rebuild a culture of reading. I’ll be discussing fiction chiefly, stories that “instruct” by “delighting,” as the Roman poet Horace once described the function of narrative poetry (dead white guy—no apologies). Believe it or not, even modern novels do (or can do) this, but they succeed only when the “instruction” is well-hidden in the delight that they provide the reader. Every good story shows us something that is true even when fictitious—truths that no fact-checker can affirm or deny. My task here will be to reflect on the truths that I find in these stories and perhaps also to muse on the way delightful and artful way those truths are conveyed.
To kick off this revivified reading blog, I’m going to re-read an old favorite of mine—but not an “old” book, unless you consider the 1950s an antique era. That book is Ray Bradbury’s classic, Fahrenheit 451, a book that has proven to be prophetic in (too) many ways, but one that can still delight readers today and tomorrow.
If you’d like to follow along, be sure to subscribe to this blog. And please feel free to leave comments, suggestions, and encouragement!


This post first appeared on A Catholic Reader, please read the originial post: here
People also like
Coventry, from 2 Tone Ghost Town to City of Culture
The Sign of Four
10 of the best rural glamping hideaways in Britain
Why Furries Make Excellent Hackers
Proven Methods for Successful Weight Loss
What Is an Editing Checklist?
Universal Tips on How to Promote Your Business On Facebook

Books Can Save Our Dying Culture