A few hours back, a viral video of Sonakshi Sinha got arrested grabbed the headlines, where we see the Dabangg actress was seen in handcuffs and walking with the people. Many people on social media were confused about this clip as they didn't had the idea of whether it was true or not.

Hello my dear friend have you seen this video? This is unbelievable, Totally shocked to see bollywood actress Sonakshi Sinha is behind bars ?? #AsliSonaArrested @sonakshisinha??? pic.twitter.com/mtqqqwOF6C

Though later a source informed that all that is false and said, "Sonakshi is well and busy with promotions of Mission Mangal. The videos that have been circulating look like some sort of brand association. While we are not sure what exactly the association is, it is confirmed that Sonakshi has not been arrested or is in any kind of trouble " 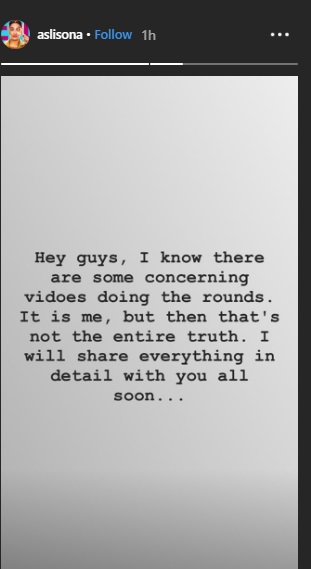 Sonakshi Sinha also cleared the things through her insta-story and wrote, "Hey guys, I know there are some concerning videos doing the rounds. It is me, but then that's not the entire truth. I will share everything on detail with you all soon..."

The actress is currently busy in promoting Mission Mangal. It is based on the Mars Orbiter Mission (MOM), or the Mangalyaan project launched by the Indian Space Research Organisation (ISRO) in November 2013, to put a space probe in planet Mars' orbit. It jointly-partnered by Pad Man helmer R Balki and is directed by Jagan Shakti. The film also stars Vidya Balan, Sonakshi Sinha, Sonakshi Sinha, Taapsee Pannu, Kirti Kulhari, Sharman Joshi and Nithya Menen in key roles.

The film is set to hit the screens on August 15 during the Independence Day weekend and will clash with John Abraham's Balta House at the ticket windows.