A glance at the best offbeat Telugu movies of 2016 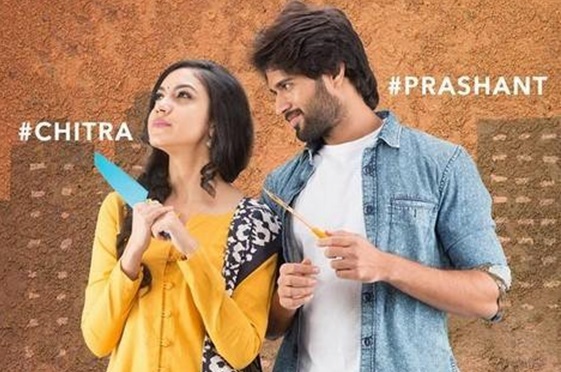 1. Kshanam
The potboiler which is loosely based on Anurag Kashyap’s “Ugly” made an impact in Tollywood due to its contemporary and up-to-the-minute suspense drama.

Though it is just the plot line Adivi Sesh has adapted from “Ugly” or “Gone Baby Gone”, the entire Movie takes shape to distinct drama in terms of screenplay and story. First of all, catching an uncommon thought to materialize a film in this genre needs lot of guts, especially in Tollywood. Secondly, Prasad V Potluri, who invariably likes funding non-commercial films under “PVP Cinemas” production, deserves a big round of applause for making this movie happen which, at any point, won’t assure him huge profits.

Thirdly, the debut Film Maker Ravikanth Perepu and Adivi Sesh, who resembles Robert Pattinson to some extent, must be lauded for bestowing us with a nail biting flick which will keep you at the edge of your seat till the completion of the film. While the former has brilliantly written the screenplay, making us in an open-mouth gesture for most of the scenes, the latter is incredible with his consummate screen presence, intimating the audiences that he’s here to settle in industry for some time. The movie’s plot-line, up to interval bang, keeps you in a strange dilemma making you think if there’s any girl or not. While in second half, it clears that confusion and again puts another question regarding the mystery of that little girl.
2. Manamantha
An Anthology from unorthodox film maker Chandra Sekhar Yeleti excites every atypical viewer in spite of having no commercial factor.
Yeleti, who has achieved cult status for his neo-noir films “Aithe” and “Anokokunda Oka Roju”, came up with a challenging story to tell to everybody via “Manamantha” which stars Mohanlal, Gautami, Viswanth and Raina Reddy. These four characters have different lives and life styles, but are connected together through ‘butterfly effect’ in the end. Here, there’s Mohanlal, who’s greediness to become a manager puts him in a serious danger. There’s Gautami, a typical middle-class housewife who perceives the significance of respect. There’s Viswant, a great believer of saying ‘sky is the limit’, who foots one wrong major step in his life which leads him to attempt suicide. Finally, there’s Raina Reddy, a curious school girl who’s in search of her lost four-year-old friend. Taking these four plotlines, Yeleti somehow impressively constructed the whole movie expect the Viswant’s story which lags a bit.
3. Pellichupulu
An awe-inspiring eye-opener which has went on to become a massive sleeper hit in recent past.
Vijay Devarakonda, the novice actor who’s struggling to mark his debut, has opened his account in a very surprising way. And the credit goes to debutant TharunBhasckerDassyam for making him confident enough to stand on his own feet. Cult film “Pellichupulu”, has come as a dumbfound, but emerged as the one of the biggest block busters in 2016, putting a big smile on the face of every viewer almost in every part, making us to feel emotional for the lead at climax, showcasing the weird things and professions chosen by unemployed graduates, suggesting every parent to give their children enough time to settle themselves rather than urging them to get married. This ‘rom-com’, besides, remains as perfect example to state how a mainstream movie should be conceived irrespective of the rubbish called ‘mass factor’.
4. Mana Oori Ramayanam
The apt adaptation of Joy Mathews’s“Shutter” by the multifaceted actor Prakash Raj generates a decent suspense, providing us with the offbeat performances.
Prakash Raj, whom I personally regard as the Naseeruddin Shah of South India, came with this third directorial flick, failing to make it a commercial success. Now, moving to the movie “Mana Oori Ramayanam”, it’s absolutely Prakash Raj and Priya Mani who has lived soulfully in their performance driven characters throughout the movie. The actor-turned director has seemed very convincing in his eminent yet apprehensive persona while Priya Mani has finished chewing her part in the movie with ease. The film’s plot is very vivid, it’s about a middle-aged man who, unfortunately, gets caught up inside a shutter with a prostitute. There they happen to establish a bond and get to know each other and finally they are set free. Though the movie is beautifully crafted with Raja sir’s song and Sreekar Prasad’s editing, it remained as a commercial flop. AndI still remember watching this movie with not more than about 15 viewers in the theater which resembles the typical attitudes of moviegoers.
5. Lajja
An another bold ‘Parallel’ movie from Narasimha Nandi acts as a treat for someone who’s expecting a different kind of cinema.
I think anyone who reads this post may possibly feel regret for including this movie in the list as many haven’t heard of this movie or come across. Narasimha Nandi, the only Parallel film maker in Tollywood, has once again narrated a quite interesting novel “Maidanam” of Chalam despite tasting failure in this genre with his earlier films. I think he’s a misfit in the industry directing art films, while other film makers have entered mainstream putting a lot of money into their pockets. He needs to set his ‘new wave’ to the current on-going trend to keep things going for him. When talking the film’s plot line, Nandi, as it seems, didn’t make much modifications to the original novel “Maidanam”. It’s a story of married woman who is always being tormented by her companion. So, she develops intimacy with her friend and elopes with him thinking she can be happy. But soon, she realizes some shocking facts about her new partner which reveal that she has made a wrong step marrying him. A little later, another person enters in her life and they both form a doubtful yet healthy relation which puts her life in even more trouble. 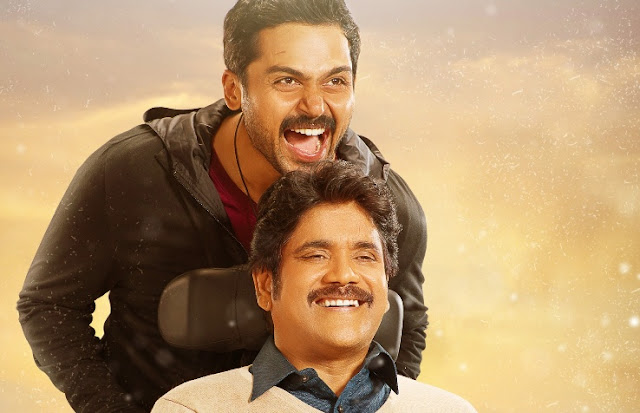 6. Oopiri
Vamshi Paidipalli’s good-sensible-offbeat adaptation of Olivier Nakache and Eric Toledano’s “Intouchables” created a decent emotional impact, leading it to become an untypical cult movie. It was very hard to believe that the film maker Vamshi Paidipalli, who entertained us with commercial “Yevadu”, had directed the technically made “Oopiri” because of the film’s fresh essence, jollity, humor sense, captivating screenplay and sentimentalism which Vamshi didn’t demonstrate in his previous flicks. Further in Oopiri/Thozha, he offered an awe-inspiring character to Nag, which involved so much of agony, hope, sufferings, and celebration. But Oopiri being a buddy film, his screen presence was limited and Karthik, who was another lead, had stolen the entire show making everyone laugh, stirring the viewers to react emotionally and at the same time romancing with Tamannah. Musically Gopi Sundar’s soundtrack, which touched my heartstrings, must be applauded in particular. Let it be “Oka Life” or “Epudu Okalaundadu” song, we seldom hear these kinds of songs which conveyed a good message. P. S. Vinod’s visuals incorporated with Vamshi’s picturization made them even better. Also, Gopi slated an absorbing BGM using Violin which was very uplifting. Besides, Nag too delivered an impeccable performance soulfully which made him proud, and which would stay in the hearts of many moviegoers till the next decade.
Readers, please feel free to share your opinion by leaving your comments. As always your valuable thoughts are highly appreciated!
Next Post: Anand Gandhi's Memesys Cultural Labs installs Virtual Reality booths at Metro Stations

How Do You Get Bed Bugs?
Capture Attention and Drive Traffic w…
Things You Should Stop Worrying About…
Top 10 Sites to watch Telugu Movies O…
Why the Riddler is such a good villai…
http://feeds.feedburner.com/APotpourriOfVestiges

A glance at the best offbeat Telugu movies of 2016