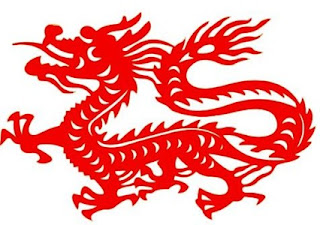 China and America are diametrically different, from history to ideology. In this post, I will highlight a key difference between them: China's uniformity vs. America's diversity.

To seriously discuss this subject, we must go all the way back to ancient Rome ...

The Roman Empire vs. the Chinese Empire

Simply put, while the Roman dream of uniformity was always elusive, the Chinese successfully implemented their uniformity rule of ruling more than 2,000 years ago. As a result, not only was the Chinese Empire at least as powerful as the Roman Empire, including the Byzantine Empire (aka "the [Eastern] Roman Empire"), it also lasted much longer.

The Roman Empire and the Chinese Empire were never in direct competition, thanks to the vast geographical distance between them. However, the image above is critical for the comparison of "China vs. America". Three main reasons:

Western civilizations, including American, were largely shaped by the Romans. Very importantly, Rome has never really gone away. Any doubt? Just look at the Vatican!

The Byzantine Empire fell in 1453. Since then, the world has become both bigger and smaller. It has become bigger, chiefly because of the discovery of the "new" world. It has become smaller, thanks to the advancement in transportation and telecommunications. As a result, the West, especially America, and China are now in direct competition, from trade to ideology.

Is America the New Rome and Greece? Yes!


In short, as compared with the West, China is simple to govern: uniformity - one people (i.e. the Han Chinese) and one culture, mostly, without such complex diversity issues as race, ethnicity, and religion.

The fortune of the West, especially when compared with China, came mostly after the discovery of the "new" world. With guns in one hand and the Bible in the other, the West not only conquered the "new" world (e.g. the Americas), but also colonized the backward parts of the old world (e.g. India), often under the ruse of spreading Christian civilization.

Unfortunately for the West, imperialism and colonization have a huge price tag over time: diversity, from race to religion. Below is a short video, showing one example.

Worst of all for Europe, it eventually self-destructed with two world wars, leaving America as the only big country standing tall ...

Can any country possibly be more exceptional than America, which was founded with neither a king nor a pope? No, of course not! Yet, today, not only is America most religious among the developed countries, she also seems to be yearning for a king, if not a living God (Is Donald Trump a God?). Why is that?

It's the political system, stupid!


In short, diversity has contributed not only to America throughout its entire life so far, but also to Europe for the past 500 years, at least. But it seems to have finally run its course, especially when in competition with China.

A simple fact: China, a dirt-poor country four decades ago, is now the biggest creditor for both Europe and America, with no end in sight!

More profoundly, What Is Holding America Together? Inertia! For more, read my book: American Democracy: Why is it failing & how to fix it?

Uniformity has been the real secret behind China's long-lasting success.

Rome strived for uniformity with all kinds of ideas and tools, of which the biggest one was Christianity, without success.

The West did prosper far better than China for the past few hundred years. But that was largely because of the discovery of the "new" world, for which diversity, from race to religion, appeared to be a strength.

Why did not China discover and explore this “new” world, when it actually had better technologies than the West? Two possible explanations:


Is China no longer a content country? No! Why not? Two main reasons:


With no more new land to be discovered and no more new people to be subjugated, the West in general and America in specific must compete with China on more equal footings.

Who will win the race for superiority? China! Why? Uniformity over diversity!

More pointedly, the Chinese system (i.e. capitalism + autocracy), which is deeply rooted in uniformity, is slightly better than the American system (i.e. capitalism + democracy), which is deeply rooted in diversity. In a two-hiker world, all one hiker needs to do, when chased by a hungry grizzly, is to run a bit faster than the other hiker!

Needless to say, China faces its own challenges, not the least of which is its political system. But it would be a huge mistake for the West to dismiss the Chinese system, while being blindly obsessed with democracy, a tried but failed doctrine throughout human history without a single example of lasting success!

In other words, America faces its own challenges, much more fundamental than China does, with the most recent significant example being the election of Donald Trump to the American Presidency. Specifically, Americans were so fed up with the existing political establishment that we were willing to try something, anything, different. Can anybody possibly be more different than Donald Trump?

In short, Americans gambled on Donald Trump. Unfortunately for America, the outcome of this gamble is likely to be little different from that of any other gamble: the odds of winning are slim to none!

America is, after all, an experiment, of which diversity is a huge part. Will America's diversity ultimately prove to be superior to China's uniformity? It’s highly unlikely!

This post first appeared on EconMatters, please read the originial post: here
People also like
9 Greek Islands – Rhodes
The Time I Got Scammed For A Puppy
Crypto mining can benefit Texas energy industry: Comptroller’s office
Top Things to Do in San Francisco, California
Travels through History – Northern Spain – Vigo
Erik ten Hag backs himself to turn things around at Man United
Prey Review – Should You Watch It?