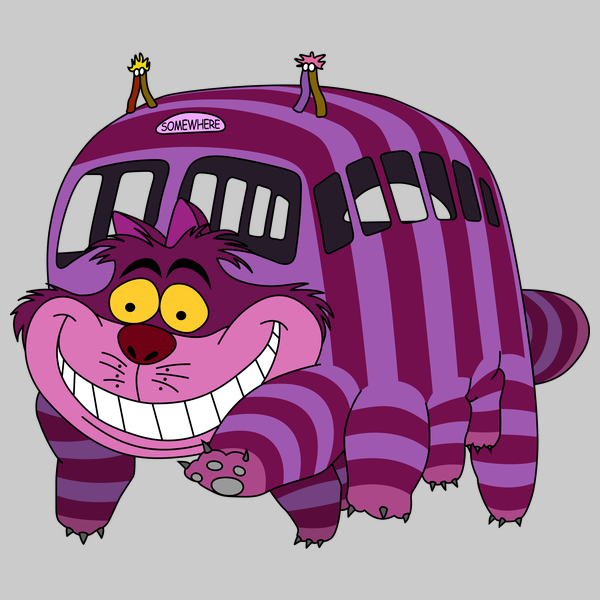 The Catbus is a character in the Studio Ghibli film My Neighbor Totoro, directed by Hayao Miyazaki. It is a large creature, depicted as a grinning, twelve legged cat with a hollow body that serves as a bus, complete with windows and seats coated with fur, and a large, bushy tail. The character’s popularity has led to its use in a spinoff film, toys for children, and an art car, among other products and influences. With its large elongated smile and its ability to appear and disappear at will, the Catbus is reminiscent of the Cheshire Cat from Alice in Wonderland, hence this awesome mash-up! All T-Shirts and Hoodies with this design are on sale for 20% off regular prices though January 29th, so get yours right now at This Link!

It’s Me – Chapter 12
What Your Sexual Dreams Can Tell You
Business Ideas You Wish You Had Thoug…
Furiosity Thrilled the Cat: Questions…