How Safe is Morocco?

New data, which assesses crime rates, Terrorism threats, risk of natural disasters, and health issues in 20 countries, revealed Morocco as a destination with less crime and terrorism compared to some European countries, and the USA

The study’s crime rates are based on statistics by the World Economic Fund, likelihood of major natural disasters on the World Risk Report, health risks on the NHS Fit for Travel website, and terrorism risk levels on the Foreign and Commonwealth Office’s (FCO) assessment.

In terms of terrorism worldwide, “Terrorism can’t be ruled out anywhere,” the UK’s Foreign and Commonwealth Office says. However, the report states that terrorism is “very likely in Australia, Jordan, France, the US, India, Thailand and Turkey,” more so than in Morocco and other countries.

Health risks are notable in travel destinations such as Singapore and Australia affected by dengue fever, and areas of India, South Africa, and Thailand affected by malaria, according to the report. 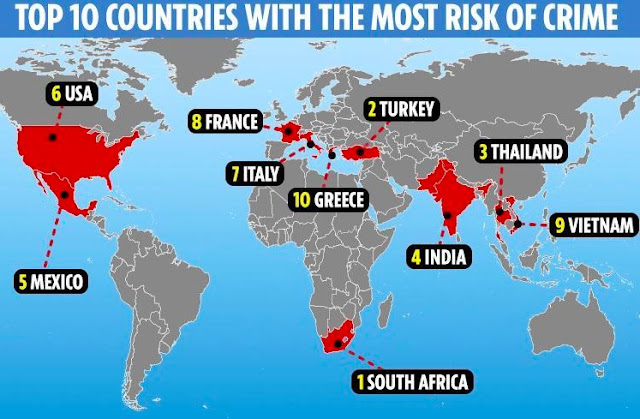 Morocco ranks among the world’s least dangerous countries, according to the US Department of State’s January report.

The US State Department advised Americans visiting Morocco to “exercise normal precautions”. The department advises US travelers to be extra cautious in Algeria or avoid it because of high terrorist threats.

Morocco received 8.7 million tourists from January to August 2018, according to the latest statistics by the Ministry of Tourism. Tourist arrivals from Italy made the most considerable increase between the first eight months of 2017 and 2018, rising 14 percent. German tourist numbers increased 10 percent, French 7 percent, and Dutch 6 percent.

How Safe is Morocco?