WHAT IS SOCIAL MURDER? 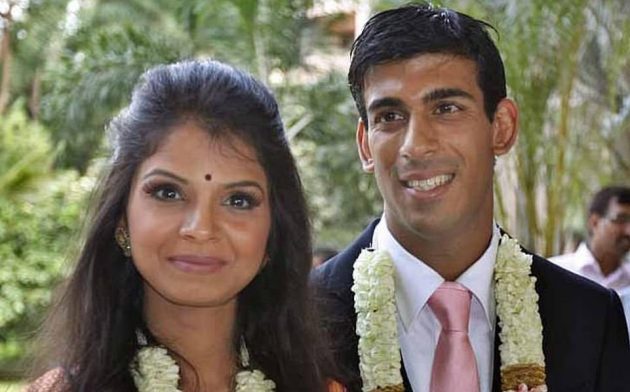 Social murder is a phrase applied to changes in government policy that lead to greater poverty and result in anxiety, suicide and early death.

The perfect example of Social Murder is the stance taken by the Conservative Prime Minister David Cameron and his Chancellor George Osborne – both members of the elite Bullingdon Club – with the introduction of ‘austerity’ after the financial crisis in 2008.

The crisis and the recession that followed was caused by international banks providing cheap credit with lax lending standards to new home buyers. When the housing market collapsed, banks were left holding trillions of dollars of worthless investments in subprime mortgages.

British bankers taking home millions in bonuses had in a deluded frenzy made themselves believe that buying debt could be turned to profit and now needed billions from the Treasury to prevent bankruptcy and national disaster.

Where did the money come from?

It came from the pockets and wallets of working people in wage restraints and unprecedented cuts to hospitals, schools, pensions, Social welfare, legal aid, mental health provision and the proliferation of zero hours contracts.

The Normalisation of Hunger

When Cameron came to power in coalition with the Liberal Democrats in 2010, the Trussell Trust operated 35 food banks.

As of July 2022, after 12 years of Conservative government under Cameron, Theresa May, Boris Johnson, Liz Truss and Rishi Sunak, the Trussell Trust runs 1,400 food banks with at least, according to the government’s own figures, an additional 1,172 independent food banks.

About 30% of NHS workers earn less than £23,000 per year, so little, according to the BBC, the Leicester NHS Trust hasn’t increased staff wages but opened food banks with essential groceries and toiletries. Perhaps they have taken a leaf from the Asda playbook. The supermarke chain has donated £5 million to the Trussell Trust to help their own underpaid employees get free food.

What is Social Murder?

Social Murder is the ‘stealthy’ normalisation of social injustice, poverty, deprivation, mums going without to feed their littles ones, local councils too strapped for cash to provide school meals for hungry children, working families who work long hours and are still unable to keep up with the rent, council tax, heating bills.

The brutal policies of Cameron continued by May, Johnson and Truss, each in turn taking a stride further to the right, lead us to the neoliberal idealogue Rishi Sunak.

The new Prime Minister has set himself up as a saviour. But just as Cameron saved the banks, Sunak will be robbing the poor with a new wave of austerity to prop up the service economy – the banking, accounting, tax avoidance and offshore trust framework that serves his sort of people – the richest people in the world.

Lest we forget: as Chancellor, Sunak wrote off £4 billion in bogus PPE contracts and £37 billion went down the drain in a test and trace project that never worked. According to the Daily Mirror, his wife Akshata Murty in 2021 claimed up to £100,000 in taxpayer’s cash – your money – to pay furloughed staff at her gym business and had a loan of £1.3 million written off by the Treasury. The Sunaks slyly kept their American Green Cards and Akshata Murty kept her non-dom status saving many millions of pounds until caught in the act.

At COP27 in Egypt, the Prime Minister promised a radical green agenda, while at home oil companies have been invited to a new licensing round to explore for oil and gas in the North Sea ‘with as many as 100 licences set to be awarded,’ according to the BBC.

Rishi Sunak’s family has investments in the giant oil company Shell and is ‘directly profiting from continued fossil fuel exploitation,’ according to Byline Times. Sunak’s wife has a £690 million stake in Infosys, her father’s internet company with offices that have remained open in Moscow while most businesses have closed up shop since the Russian invasion of Ukraine.

If you judge a leader by the ministers he chooses, placing disgraced Suella Braverman and foul-mouthed, thrice-sacked Gavin Williamson in the Cabinet tells us everything. We do not have a government. We have a rogue’s gallery of greedy criminals killing their own people.

Cuts to public services, benefits and Universal Credit introduced by Iain Duncan Smith have resulted in more than 334,000 excess deaths as a direct result of austerity, according to a study in the Journal of Epidemiology and Community Health, reported in the Guardian, 5 October 2022.

The authors of the study suggest additional deaths between 2012 and 2019 – prior to the Covid pandemic – ‘reflect an increase in people dying prematurely after experiencing reduced income, ill-health, poor nutrition and housing, and social isolation.’

Liz Truss came to power pledging tax cuts for the rich. Rishi Sunak is more canny. He won’t say as much. He’ll just get on and do it. It is a fool who believes politicians will end the problems and poverty they have created in the first place.

A spokesman for the Joseph Rowntree Foundation said: ‘Never once have I heard a Conservative leader, or politician for that matter, face the fact and offer a solution to the fact that more than one in five people in the UK (22%) live in poverty – that’s 14.5 million people. Of these, 8.1 million are working-age adults, 4.3 million are children and 2.1 million are pensioners.’

The phrase social murder was coined by Friedrich Engels in The Condition of the Working-Class in England, a book published in his 1845.

Read Margaret Thatcher Ruined Britain – when the race to poverty got started.

The post WHAT IS SOCIAL MURDER? first appeared on Clifford Thurlow.

WHAT IS SOCIAL MURDER?