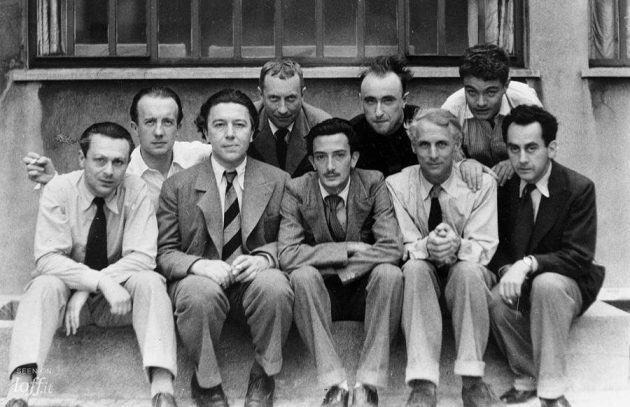 Dalí beside André Breton with the Surrealists.

Salvador Dalí and religion never made a good fit. It is hardly surprising, then, that in 1935, aged thirty-one, Dalí created his own belief system and wrote a letter to André Breton outlining his proposition – a religion without God.

GALA DALI – THE MUSE OF THE SURREALIS…
October 2022 Tarot Draw: Two Of Wands
Biden-Harris Administration Invests $…
Mustache Gap: Here’s How to Fix It On…
Biden To Sign Declaration Aimed At Ad…

That letter, lost for eighty-seven years, has finally turned up in the Breton archive. 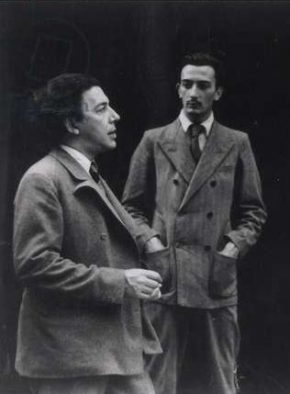 Not well suited: Breton and Dalí

André Breton, the Father of Surrealism, was a middling poet and thinker envious of the young Spaniard’s success and creative gifts. He made the anagram Avida Dollars from the name Salvador Dalí. He then expelled Dalí from the Surrealist Movement because ‘he was too hungry for money’ and refused to take a stance against General Franco as he marshalled his troops to overthrow Spain’s Republican Government.

What Breton – and many others – was unable to understand was that Dalí was not and had never been and never would be a Francoist. He was not a fascist, monarchist, anarchist, socialist, communist, Papist or Catalanista.

He wasn’t even hungry for money – in spite of his own claims that he was. ‘Nothing gives me greater pleasure than to rise every morning and find a large cheque on the breakfast tray,’ to quote Carlos Lozano’s memories of the master.

After being ousted from the Surrealist Movement by a kangaroo court packed with Breton sycophants, Dalí made his singular mission of intent abundantly clear: ‘The only difference between me and the surrealists is that I am a surrealist.’

Once King Juan Carlos sailed into Cadaqués on the royal yacht to meet Dalí and visit the Teatro-Museo Dalí in Figueras. Dalí remained on his knees on the dock for an hour to show that he was the most loyal subject in the kingdom – much to the amusement of the local people watching the display. The moment Juan Carlos stepped ashore, Dalí jumped to his feet. ‘You’re late,’ he said, and strode off like a king.

It is said that at a dinner party you should never talk about politics or religion. Some add sex to the list, making for a very dull dinner party of the sort André Breton and middle-class ladies in summer frocks no doubt enjoy. The weather’s been warm. Yes, I have some lovely hyacinths this year.

Dinner with Dalí was never dull. He only talked about politics, religion and sex with all its de Sadean tropes and connotations, troilism, spanking, flagellation, incest, coprophilia.

The actor Kirk Douglas met Dalí in 1971 while making the Alexander Salkind film The Light at the Edge of the World in Cabo de Creus, close to Dalí’s home in Port Lligat. Asked his philosophy, Dalí told the Hollywood star: ‘Cannibalism and putrescence. Philosophy is a journey across an endless sea, a voyage of myriad routes leading from nowhere to nothing.’

Sadly, the manuscript is lost. Perhaps we should look in the Breton archive?

Salvador Dalí and Religion Without God

Dalí briefly mentioned his new religion in his memoirs, The Secret Life of Salvador Dalí. He also spoke of his spiritual aspirations with the journalist Alain Bosquet, but gave no more details than the brief sentence. ‘Precisely when Breton did not want to talk about religion, I was preparing, of course, to invent a new one that would be both sadistic, masochistic, and dreamlike and paranoid.’

The lost and now found letter Breton received from Dalí in 1935 suggested that ‘Christ, as a creator of religion, was an amateur – and I have created my own.’

He continues: ‘I believe that we surrealists are finally becoming priests. It is an idea that has been haunting me for a long time now, to such an extent that I have among my urgent projects that of inventing a religion, since there are no priests without a religion.’ Dalí adds, ‘Essentially, it will be anti-Christian and materialistic, based on the progress of the sciences, that is to say, without God.’

Were Dalí’s sacrilegious scribblings, coupled with – as Breton saw it – his lust for cash and covert worship of General Franco, further proof of his unsuitability to be one of the surrealists? Or evidence that Dalí was a surrealist? 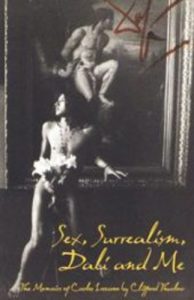 While you’re here, my book Sex, Surrealism, Dalí and Me is free on Amazon Prime UK, US, Spain etc, and available in paperback and audible.

Amazon 5***** review by Sarah T. Wright, October 2022: “I felt as if Carlos Lozano, the young Colombian dancer from the backstreets of Barranquilla was speaking to me from the pages of this fantastic book. I felt as if I was walking over the footsteps of his past as he reminisced and remembered times shared with his friend, the artist, Salvador Dalí.

“His personal stories were intimate insights that intrigued and captivated me from the first word, to the last. I knew of Salvador Dalí the artist, the Surrealist but not Salvador Dalí, the man. Carlos’ story changed that. Wonderfully written and expertly told by Clifford Thurlow, this is a fascinating, five-star read!” CLICK FOR FREE COPY


This post first appeared on Clifford Thurlow, please read the originial post: here
People also like
GALA DALI – THE MUSE OF THE SURREALISTS
October 2022 Tarot Draw: Two Of Wands
Biden-Harris Administration Invests $178 Million in International Food for Progress Projects
Mustache Gap: Here’s How to Fix It Once & For All
Biden To Sign Declaration Aimed At Addressing Migrant Flows
TRAXSOURCE Top 100 Deep House
All You Need to Know Before Heading to Scotland, Things to Do, Not to Do, and Brilliant Advice
Comisarul European pentru Piata Interna, Thierry Breton, a Discutat cu Elon Musk
A match between Honduras and what nation was blamed for sparking the Soccer War?