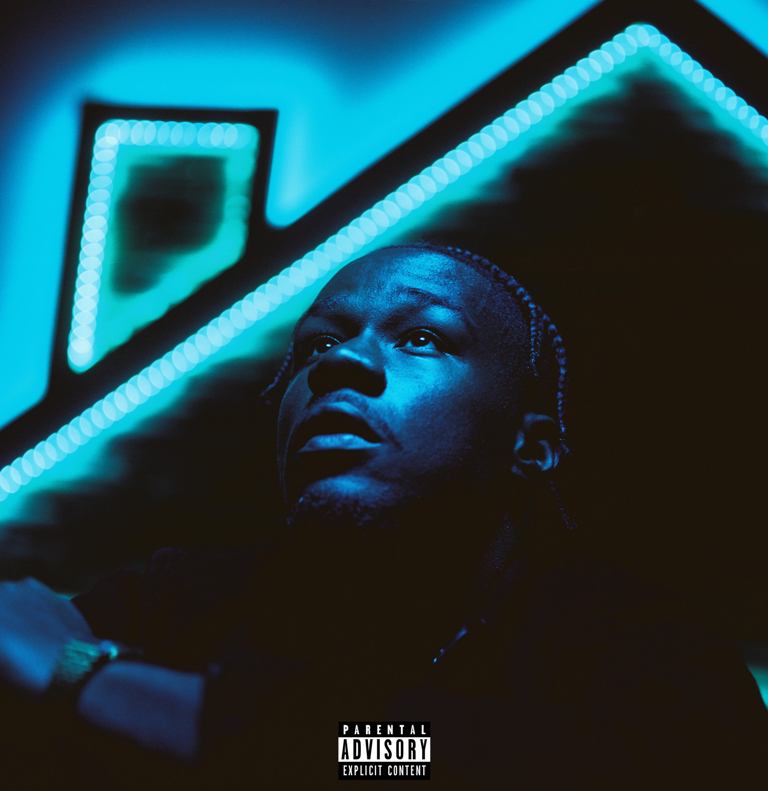 Reuben Vincent makes intellectual, socially aware, and lyrically dexterous rap that promises to firmly plant him in the conversation for being “next up.”
Though the Charlotte, NC bred rapper & producer is only 21-years old, his buzz is already palpable, as he spent his high school years dividing his extracurricular hours between recording at home and trekking to 9th Wonder’s studio.
Having already recorded records with his mentors 9th Wonder, and Rapsody, Reuben creates songs full of wisdom that extends well beyond someone still in his formative years.  His growing catalog displays as much, as he deftly pivots from incisive social commentary, mature introspection, and sharp, allusion-heavy wordplay.  The new Roc Nation signee knows where the form has been, and he’s pushing it forward with his own unique style and identity.
That unique form is readily apparent on Reuben’s forthcoming album, Love Is War, which will be released this fall via Roc Nation/Jamla Records.  Love Is War is a conceptual, yet subtly constructed project that will place him at the forefront of debates about the new rap greats.  Unpacking relationships and romantic entanglements over warm, soulful beats from 9th Wonder, Young Guru, The Soul Council and his own production, whose collective work both modernizes and morphs boom-bap.  With polished and varied flows, Reuben weighs the time spent on love against the hours necessary to pursue his art and dreams.
After joining Pusha T on his It’s Almost Dry Tour, the rising North Carolina artist recently put the industry on notice with his new single and video, “Geechie Suede,” verifying the undeniable importance of the South Coast is in good hands.  “Geechie Suede” is now available via Jamla/Roc Nation and was premiered by Complex.  “Geechie” is slang for descendants of West African slaves who retained their cultural, and linguistic culture and this is Southernplayalisticadillak music right here.
While the accolades will surely come for Reuben, for now, he’s focused on being an example to his peers and especially representing first generation Liberian Americans.  Conversely, Reuben wouldn’t be here without both love and war.  His parents fled Liberia during the country’s first civil war and settled in Charlotte; where they immersed him and his six younger siblings in West African culture at vibrant cookouts and house parties.  The stresses of being a first-generation American only fueled his desire to succeed.  “Your parents sacrifice for you to have a better life, so there are expectations” he explains.  “While you’re trying to put on for your country, your ancestors, and your last name, there are all of these barriers; like racism and classism that you encounter as a Black person.  But first-generation kids are hustlers.  We’re going to get it regardless.”
Before Love Is War impacts, #OneTakeReu offers the Prelude Bundle Pack, which appears on the heels of Reuben’s standout Cypher performance at the BET Hip Hop Awards.  The Bundle Pack highlights and refreshes Reuben in proper form bodying his most recent freestyles from Sway In The Morning, On The Radar, Bars On I-95, “Andy Milonakis” along with his new single “Geechi Suede.”
Reuben Vincent’s Love Is War will be released this fall via Jamla/Roc Nation.

The Queens of Pop: In The Mix
Creating and Selling Digital Products
First Night of the Seven (7) Nights o…
Tips to make your journaling easier
Healthy Meal Prep Ideas For Weight Lo…

You can now purchase, add and favorite “Geechie Suede” at your preferred DSP: https://reubenvincent.lnk.to/GeechieSuede

This post first appeared on FADED4U, please read the originial post: here
People also like
The Queens of Pop: In The Mix
Creating and Selling Digital Products
First Night of the Seven (7) Nights of Christmas and Carols COGOP SVG
Tips to make your journaling easier
Healthy Meal Prep Ideas For Weight Loss
Comparison Between The 3rd Ranked & 2nd Ranked Framework: Flutter Vs Angular
Body Positive Fat And Sexy
GALA DALI – THE MUSE OF THE SURREALISTS
CBD Dog Treats, How To Make CBD Dog Treats, What Are CBD Dog Treats?
7 Reasons To Invest In a Mobile Finance App in 2022