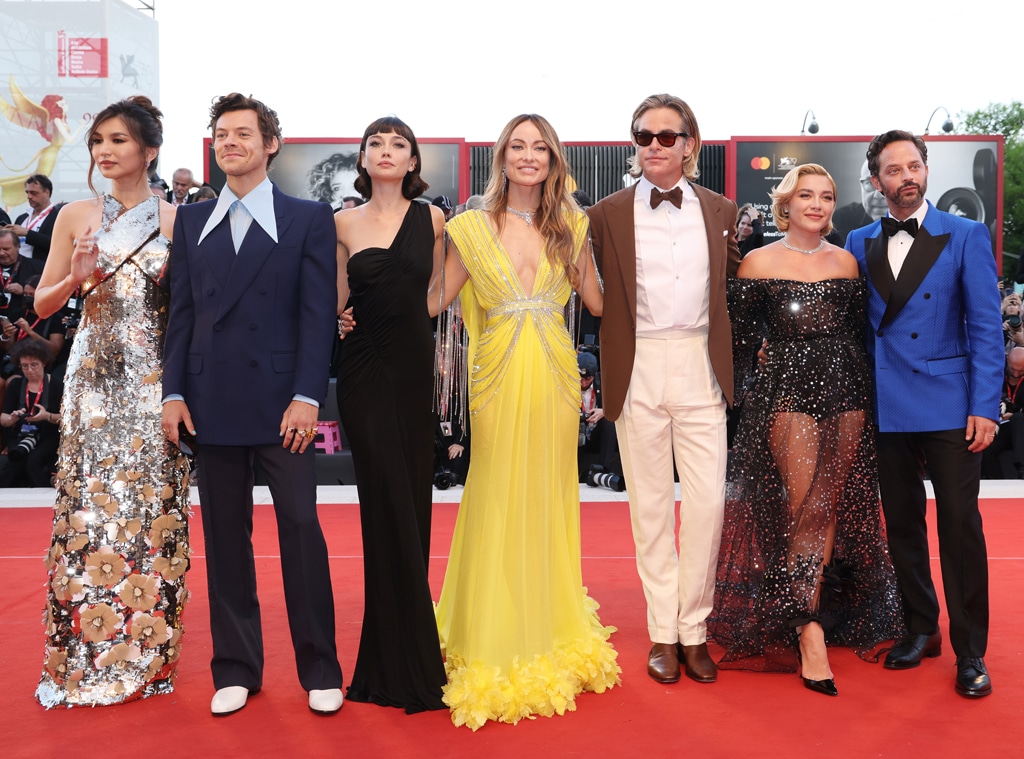 Just days after the Venice Film Festival premiere for Don’t Worry Darling, a source close to Olivia Wilde shared with E! News how she’s feeling about the drama.

Common Problems with Slit Lamp and Re…
Home Workouts for Weight Loss
Well said Mr. PM, We’re racing with t…
How To Invest in Real Estate With no …
Tips to make your journaling easier

Olivia Wildeis focusing on this movie that feels like a movie.

The director and her alleged behind-the-scenes feud with Florence Pugh has not been without its public scrutiny and media attention ahead of the release of Don't Worry Darling. But a source close to Olivia exclusively tells E! News that the director is doing her best to prioritize the film instead.

"There's many different sides to each mini drama," the insider said. "Olivia is trying to steer the focus onto the film and not feed into it."

Over the weekend, the cast of Don't Worry Darling attended the Venice Film Festival premiere of their film, with actors Chris Pine, Gemma Chan, Harry Styles and Olivia participating in a press conference for the project.

However, while most of the cast attended the press conference, Florence—who Olivia shared had Dune: Part 2 filming obligations—was notably absent.

And while the Midsommar star was not on deck at the event, her presence was definitely felt when a reporter asked Olivia why Florence was not there.

"We are so grateful that she's able to make it tonight despite being in production on Dune," Olivia said on Sept. 5. "I know as a director how disruptive it is to lose an actor even for a day, so I'm very grateful to her, very grateful to Denis Villeneuve for helping us, and we're really thrilled we'll get to celebrate her work tonight."

Olivia also shut down any speculation that there is any tension between the two, saying, "As for all the endless tabloid gossip and all the noise out there, I mean, the internet feeds itself."

She added, "I don't feel the need to contribute. I think it's sufficiently well-nourished."

E! News has reached out to her rep for comment and hasn't heard back.

Although Florence did not make the rounds at the press conference, she was at the red carpet for the film later that evening.

"What a moment this was," she captioned a Sept. 7 Instagram post, alongside a series of photos from the premiere. "A massive congratulations to everyone standing on that carpet. We premiered in Venice! A huge wonderful win in itself. I'd never been to Venice Film Festival before.. It was mega! The crowds! The cheers! The energy was incredible."

She continued, "And to all the cast and crew as well who helped to make this movie, thank you for all of your hard work. We genuinely wouldn't have been there without your talent and we appreciate it hugely."

This post first appeared on FADED4U, please read the originial post: here
People also like
Common Problems with Slit Lamp and Repair Needs
Home Workouts for Weight Loss
Well said Mr. PM, We’re racing with time but..
How To Invest in Real Estate With no Money in 2023
Tips to make your journaling easier
The Most Lucrative Online Jobs
This Is What You Should Do If You’re Laid Off
React JS, Node JS & Angular JS: Which One is The Best For Web Development?