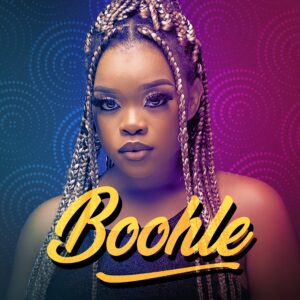 Boohle 2022 Songs & Mixtape: Buhle Manyathi, sometimes known as Boohle, is a South African singer-songwriter. Her hits include “Yini Na,” “Slala Amalunde,” and “Siyathandana.” Her tracks incorporate elements of amapiano, afro-house, afro-soul, and gospel. She was born in Vosloorus, Gauteng, and reared there. In 2016, she and her brothers created a gospel singing trio, which launched her musical career. Her song “Yini Na,” which she co-wrote with DJ Candii, reached number one on YFM’s Hot 99 list, and her other songs, such as “Slala Amalunde,” were broadcast on Jozi FM, Capricorn FM, and Kasie FM.

These Are Boohle 2022 Songs & Mixtape

Kelvin Momo continues to produce high-quality work regardless of the circumstances. “Ngixolele” is a new hot hit from the star producer, and it features Boohle’s voice.

Sushi Da Deejay and Dr Mthimba have secured the vocalist’s skills for their smash tune “Ngiyazifela,” which features Boohle.

On this piano track titled “Thinking About You,” female singer Boohle collaborated with Khali Harrison.

ShabZi Madallion Remix on Ngixolele featuring Boohle has been granted permission by Busta 929.