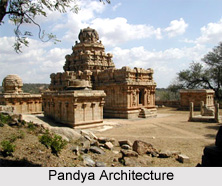 Tamil Nadu is considered to be very much older than North India. As per the geological time scales North India and the Himalayan ranges appeared on the globe recently. Tamil Nadu is said to exist as part of the continent that linked Africa and Australia together even before that. It was called ‘Lemuria’ or ‘Kumarik Kandam’.

Origination of Tamil Nadu
It is believed that the first man originated somewhere in this continent and later the race might have migrated to various parts of the world. The Tamils or the Dravidians are therefore regarded to be one of the earliest races of the world. Several prehistoric tools and weapons and burial sites have been discovered in various parts of Tamil Nadu.

Tamil Nadu in Sangam Era
Sangam age in Tamil Nadu is considered to be the earliest known period of Tamil history, when organised life and history of the inhabitants existed. But still there is confusion regarding the exact date. It is sometimes considered to be pre-Aryan, non-Aryan and probably goes back to 4000 B.C. The first, second and third Sangams flourished during this period and the Tamil poets of these ‘Sangams’ or Academies produced numerous literary works. Only a few anthologies are now available in printed form although most of them have been lost. Various historical elements like the everyday life of the people of those times and also their culture, polity and social set-up are revealed from these works. Three kingdoms named the Pandyas, Cheras and Cholas ruled Tamil Nadu. Earlier, Chera kingdom is now the modern Kerala state. The Pandyas ruled the south and the Cholas the north of Tamil Nadu. The Sangam Age is considered to be the Golden Age of Tamils.

Post Sangam Era in Tamil Nadu
During Post Sangam period, the Tamil country was dominated by an alien race called the ‘Kalabras’, which is considered to be a dark period for the region. At this time, the Tamil region became full of chaos and confusion and as a result instability arouse. The historians could not provide much evidence of this period.