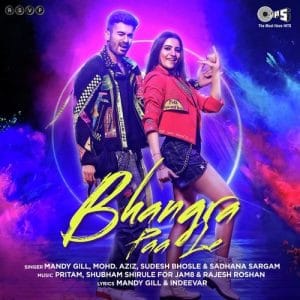 Jaggi is a Punjabi guy who has been training Bhangra dance form since his childhood, as he is emotionally attached to it. He gets into a college rivalry with Simi featuring the same dance form, and they also compete with each other to win the International Dance competition in London. Jaggi wants to win the championship at any cost as he wants to tell the story of Kaptaan to the whole world. Will he succeed in it forms the rest of the plot.

The Official trailer of Bhangra Paa Le got revealed on 30 September 2019. The trailer showed a glimpse of a boy Jaggi, who wants to tell the story of Kaptaan to the whole world through the Bhangra dance form. The trailer has received over 15 million views on YouTube.

After the postponement from its initial announced release date, the official second trailer of the movie released last week, which has already received over 8 million views on Youtube.

The first song of the film released on 8 October 2019. Composed by Shubham Shirule for JAM8, the song is penned and sung by Mandy Gill.

‘Kala Joda’ is composed by Akashdeep Sengupta for Jam8 and sung by Romy & Shalmali Kholgade. 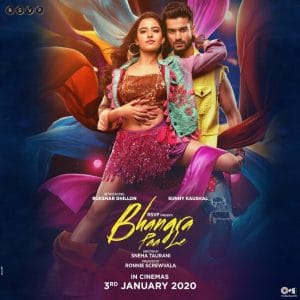