Saraki reveals intention to run against Buhari in 2019 presidential race 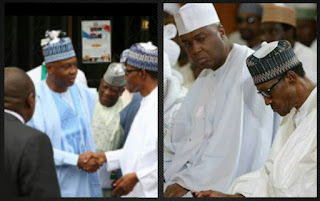 The embattled Senate President, Dr Bukola Saraki has recently revealed his intention to run against the incumbent President, Muhammadu Buhari in 2019 presidential race. 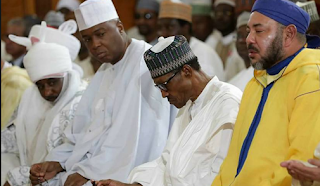 Dr Saraki made it known in an interview with Bloomberg that he is still making proper consultations on his ambition to contest in upcoming presidential election.

“I am consulting and actively considering it,” Mr Saraki said “I believe I can make the change.”

Early indications of Mr Saraki’s ambition emerged in March when media mogul, Dele Momodu, disclosed that he will join the 2019 presidential race. But Mr Saraki denied claiming the report was false. 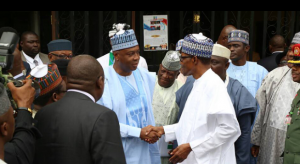 “The report is false. If it is true that he is contesting, you would have seen the report it (sic) in major dailies since last week Saturday when the news broke out on social media. But as you can see, there is nothing like that,” Yusuph Olaniyonu, the senate president’s media aide said then.

But Mr Saraki told Bloomberg that if he decides to run, it would be under the banner of the People’s Democratic Party, the main opposition group.

The lawmaker defected to the PDP last month after a series of meetings with APC leaders who wanted to keep him in the ruling party. 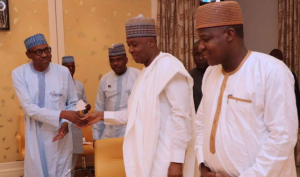 He has also expressed dissatisfaction at the lock down of the National Assembly by SSS operatives on August 7.

He expressed fears over the use of security forces for the 2019 elections.

“If a government can go and lock up an arm of government — and it’s never happened in our history — we should all be very concerned. We should not be surprised that they would use security agencies for elections,” he said.

Since Saraki’s defection to the People's Democratic Party (PDP), APC has asked him to resign from the office of Senate President or be removed from office.

Mr Saraki has, however, said he would not resign. He said he enjoys the support of majority of senators to retain his position.

Saraki reveals intention to run against Buhari in 2019 presidential race