– Nonfiction by by Charlotte Crowder – 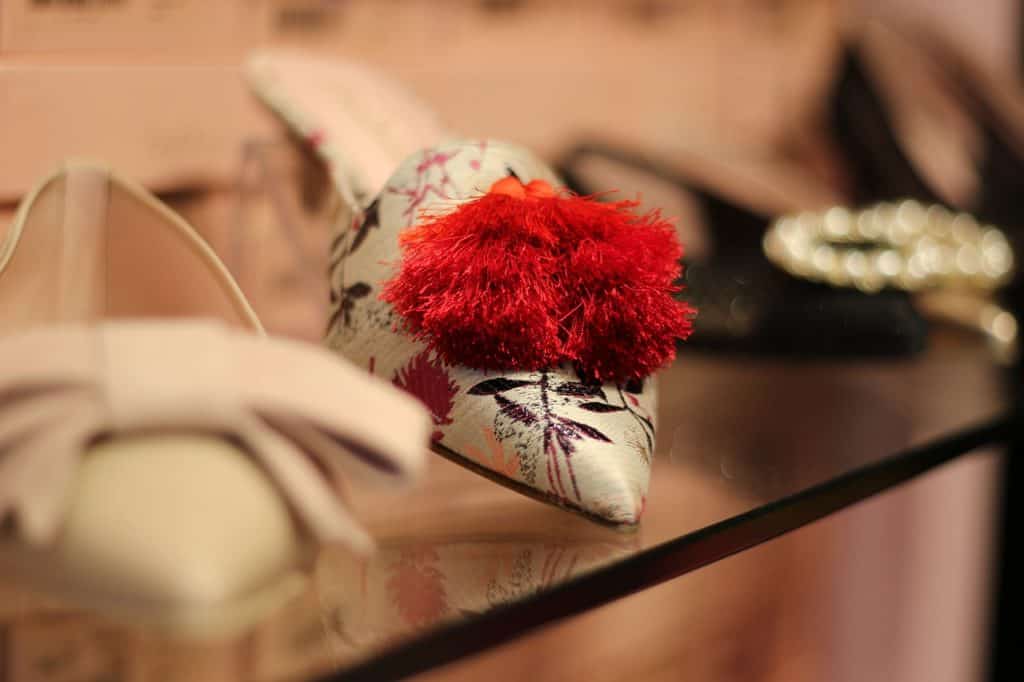 My Mother had great legs. She passed them on; Nora has them now.

Her shoes were small and wide, like her feet—European feet. She had so many shoes. She collected them; she collected everything. There were two closets full of shoes, and more in the attic. They went out in the big, green garbage bags filled with her clothes.—Thirty-six bags with forty years of her clothes.—I left them for the Goodwill collection, piled high on her entry porch like so many ghosts. The Goodwill came the next morning as arranged. The bags were not there to haunt me when I returned.

It took several days to fill those bags. I started at the front of the first closet, with the bathrobes, the sweat suits with elastic waists, the baggy mu-mus, all musty with the smell of sickness and days in bed. I threw them in the washer, then worked my way back through the tightly wedged hangers to natty tweed suits, starched pleated shirts, a black velvet evening skirt, all still shrouded in their plastic dry-cleaner bags. Tucked behind them all, I found the army flak jacket of one of her much-too-young lovers, his last name embroidered across the chest pocket. With the guilt pangs of an intruder caught reading someone’s diary, I held it aloft, pondered where to hide it, then stuffed it in one of the Green Garbage Bags.

In the next closet were the earlier clothes, a couple of sizes smaller than the natty suits. There, I found the blouse she wore to visit me in the hospital the day Nora was born.

In the attic there were still clothes I remembered her wearing when I was a child, several sizes smaller than those downstairs, straight linen shifts with Jackie Kennedy jewel collars and silken cocktail dresses. Each garment I folded into a garbage bag was like a page in our photo album: The orange dress with a tie belt she wore at the Easter egg hunt, presiding at the picnic table filled with baskets of eggs and small packages wrapped in pastel tissue paper. A black sleeveless sheath with long streamers of the same black linen sewn in at the waist all the way around the skirt. I remembered her fury the day her friend, Gertrude, reneged on the agreement to take care of our canary just before we left for vacation. She left Gertrude’s house, birdcage in hand and black linen streamers flying in all directions, teetering on high-heeled, open-toed, black sandals, with me following obediently behind, for I was used to such outbursts.

Later, my mother favored flats and, finally, her feet were so swollen, none of her shoes fit. A therapist came to the house twice a week to massage her legs. The therapist had large hands and fingernails as big as teaspoons, painted dried-blood red. It seemed her hands were created for this job and this job alone. With these giant fingers, she made pits in my mother’s flesh as she prodded the collected fluid from my mother’s ankles, where it pooled, up her legs. There, closer to her core, her body was somehow better able to rid itself of the disfiguring liquid.

It was the therapist who suggested I take my mother on outings, that the change would be good for her. But it was winter, snow and ice on the ground. The zippers of her butter-soft leather boots gaped around her legs and would not close. To leave the stale air, thick with sickness, and the myriad bottles of pills, which stood lined up on the kitchen table like an honor guard appointed to remind her of her status, she had to have boots, boots with traction.

I brought the car to the end of the path. My once-elegant mother waited at the top step of the entry porch wearing terry slippers with rubber ridges. She stood there docile in a shapeless parka covering her now shapeless body. She leaned heavily into me and together we navigated the steps and the well-salted path to the car.

The saleswoman plastered on her saleswoman smile as we entered. The smile quickly melted around the edges as she took in the scene: middle-aged daughter, supporting tottering mother in shapeless parka and terry slippers. Two teenagers in the back, trying on basketball high tops, stopped their giggling and gawked. The older clientele discreetly looked the other way. My mother and I huddled closer against the judgments cast.

The saleswoman left us to ourselves. She did not proffer the latest haute couture or solicit our requests. My mother lowered herself into a chair in the farthest corner and I searched the rack for a pair of wide, zippered boots. A black-quilted pair with tire-tread soles in hand, I knelt at my mother’s feet like a supplicant. With my back to them now, even the discreet customers watched. Their stares pricked my shoulder blades. In the far corner in our cocoon of two, we held distant from their appraisals. I slid the terry slipper off her right foot, subservient to the course of her disease, and, like Prince Charming’s emissary, I zipped on the tire-tread boot. It fit, and for that moment she was my Cinderella.

About the Author – Charlotte Crowder 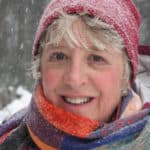 Charlotte Crowder lives and writes on the coast of Maine in the US. She is a medical writer and editor by day. Her short stories have been published in Maine Boats, Homes and Harbors magazine, The Maine Review, Boston Literary Magazine, and Brilliant Flash Fiction. Forthcoming publications include a short story in the summer issue of American Writers Review and her first picture book, A Fine Orange Bucket, to be released by North Country Press spring 2019.

To check out all the nonfiction available on Dreamers, like this one by Charlotte Crowder, visit our nonfiction section.

The post Of Shoes, Feet, and Legs appeared first on Dreamers Creative Writing.