Writing to Deal with Grief 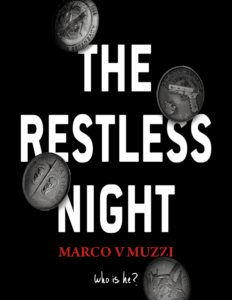 I take tentative, soundless steps across the oak floor towards him. My muscles feel limp. My gaze finds everything – the blue armchair he’s seated in, the warm rays of afternoon sun rushing through the bay window, the picture of my family hanging to his left – just not his eyes. But I feel them on me.

Mount Magmas Jackpots Slot Review (Pu…
Easy Pet Rocks Craft Idea For Kids
WooCommerce vs Shopify: Why WooCommer…
15 Best Gambling Destinations in the …
Why Bitcoin Crashed – Is it Safe to I…

I stop inches from my grandfather, my eyes stuck to the floor. My face puckers – the sour smell of the hospital hangs from his grey, wrinkled housecoat. My mother’s gentle touch finds my shoulder.

“It’s OK.” Her voice is soft. My body shudders hard.

“Do I have to?” I whisper into her jeans.

“Just one kiss.” She likely knew it might be the last.

My gaze crawls upwards until our green eyes meet. His smile – undeterred by the cancer lurking beneath the jaundice, liver-spotted skin of his sunken face – beams at me.

I don’t recall a single conversation with him, but I remember what he told me with his eyes that day.

My pale, round face moves towards his cheek.

To this day, I still feel the sharpness of his stubble against my lips.

I don’t remember his funeral, or how I insisted on placing a toy inside his coffin. But I remember when thieves broke in to his house years later and stole his coin collection; I especially recall how they were never caught.

And so, all these years later, I’ve written my novel, The Restless Night, in honour of my grandfather.

A crime-thriller, yes. But also a case study in grief.

This story began as a cold-case-murder-plot set in my hometown of Sault Ste. Marie, Ontario. However, as I began building the character backstories I realized I was also penning a commentary on how we deal with grief.

Each character is thusly made to experience loss, and by design, each handles it differently. They are, to a much, much more extreme degree, mirrors of my own failed attempts at handling the grief I felt. For effect, the book is divided in to 5 parts, with each named after a stage of the grieving process: Isolation. Anger. Bargaining. Depression. Acceptance.

I feel lucky to have found Writing. Specifically, writing this novel – albeit a fictional tale – helped me feel closer to a man I hardly knew. Crafting the opening scene, in which the main character is retelling a recurring dream wherein he relives the discovery of his grandfather’s murder, was exceptionally therapeutic. In building those moments, I was able to express feelings I had long repressed. Thoughts I was too embarrassed to say aloud. But thoughts I needed to set free.

Outlining the overarching plot-line to this series of books, which focused on the unsolved crime of who stole my grandfather’s coins, helped me achieve a degree of closure, as well as answer a question that had lingered in my mind for years:

Would he be proud of me?

As such, I encourage all who have experienced loss to grab a pen and some blank paper, and write down how you feel. You might just lift a weight from your chest and maybe even write a bestseller.

If you want to read a copy of my book, The Restless Night, you can find the print and ebook editions on www.restlessnight.ca, as well as anywhere books are sold online. 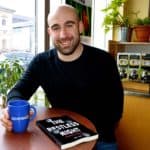 About the Author – Marco Muzzi

This post first appeared on Dreamers Creative Writing, please read the originial post: here
People also like
Mount Magmas Jackpots Slot Review (Push Gaming)
Easy Pet Rocks Craft Idea For Kids
WooCommerce vs Shopify: Why WooCommerce Is the Better Choice
15 Best Gambling Destinations in the World
Why Bitcoin Crashed – Is it Safe to Invest In Bitcoin In 2021?
A Balanced Response to Allen Gwinn
How Does the Fortinet Firewall Work?