The Idea of North came to mind when I began reading Laurelyn Whitt’s poems in Adagio for the Horizon. The videos about the North, made in the early 1960s by renowned Canadian pianist, Glenn Gould, carried us into the majesties of Canada’s great boreal territories and the “incredible tapestry of tundra…which constitutes the arctic and sub-arctic of Canada.” Here, in Whitt’s volume we visit those same northern territories, not by train as with Gould, but through Whitt’s evocative verse.

types of schizophrenia - negative sym…
Afghanistan’s Pivot to Crypto: Will I…
Slash Ft. Myles Kennedy & The Conspir…
Best Things to Do in Cadaques, Beauti…
Karen Wiesner: The Stories Behind Cla…

The poet conveys deep caring for Canada’s ecological systems, its lands and waterways, its skies, its wonders, and its beauty. Her verses stretch beyond and through the land’s wide horizons, letting the reader sense the solar winds, the emptiness, and the cold.

In the polar reaches
where the horizon turns

haunt the skies with their
hued existence.

Four impressive poems at the opening of her collection take the reader to the Athabaskan tar sands. In keeping with the musical metaphors that unify the volume, Whitt calls these four poems “TAR SONGS:  Maestro,“ “TAR SONGS:  Remnant,” “TAR SONGS:  Daughter/Apparition,” and “TAR SONGS:  Tailings.”

The poignant epigraph appearing in “Daughter/Apparition” voices the fears of Mike Mercredi, a Dene in the Fort Chip community: “It is happening within our country. Slow industrial genocide…This is extinction we are facing.” In that poem a fish mother cannot give birth to its offspring because of the cyanide-, arsenic- and mercury-laden waters of the river.” (p. 14)

In the first TAR SONGS poem, “Maestro,” we read of the dross that remains after the digging: “It rises, forms/lethal boreal lakes/Swamps the orchestra/ laps at our feet.” (p. 11)

Truck drivers toss bits of sandwich to a starving fox, in “Remnant,” (p. 13). They—“Laugh as she darts in / to scarf it up. Bet on / who will be the first / to crush her.” The poem made me weep for man’s careless disrespect and cruelty toward a fellow creature in nature. 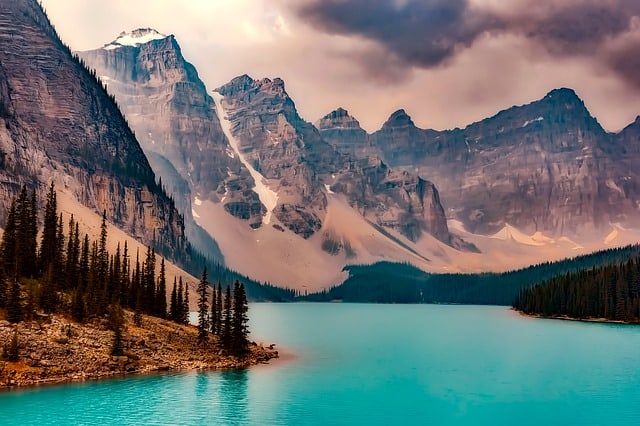 We encounter this theme in other Whitt poems as well. But in “ADAGIO: Crevasse” (p. 45) Nature, not Man, combats Nature:  the polar bear is unable to find seals to feed herself and instead, ravages whole colonies of seabirds. This occurs because as far north as a few hundred miles from the North Pole, there is no ice, the seals’ normal habitat. In “ADAGIO for Shishmaref” the permafrost has thawed and “sea ice, two months late, cannot / be trusted.” (p. 42). “ADAGIO in Churchill, 2016,” tells us “something’s off,” polar bears are mating in the wrong season. (p. 41)

Not all of the poems are set in the North. I find beauty in Whitt’s description of “SGR A*” where we are “at the rim of a black hole—/ a different horizon / relentless, absolute.” “What happens beyond that one-way portal?” the poet asks. What “would there be if we / reckless with the lust of / discovery / slipped the grasp of our / galaxy’s spiraling arms?” (p. 27) I love also, the poems that speak of ice fog, of loss of perspective due to vast distances, of “frayed horizons, knitting the elements together,” (p. 67), of how “horizon concatenates / into being / struggles / to release itself…”  (“Origin of an Origin Story,” p.29)

Many of these descriptors arise from Whitt’s singular vision; some are in response to others’ creative works, including lectures she’s heard, art exhibitions she’s experienced, or photographs she’s seen. One such ekphrastic poem, “Immersion” (p.93), is based on a photograph by John Acurso. (I wish Whitt had identified the photo.) “ADAGIO: The Last Wave” (p. 39) uses a phrase “manifestations of the inhuman human,” words Whitt heard in a lecture given by Stefan Helmreich, an anthropologist who researches marine biology.

Though the content of this collection teaches about loss of normal aquatic and onshore animal habitats, about inhuman handling of Nature’s gifts, about fears surrounding the as-yet unknown full effects of global warming and rising sea levels, the collection is not morbid. It is saved by the beauty of its language and by such sanguine quotes as that from Alex Colville in “Heading Out” (p. 64): “I think of things as beginning rather than ending.” In that poem, Whitt paints a lively scene:

over shoals, heading for

Just ahead, the shimmer

We learn from “HORIZON: The Child’s Invocation,” (p.81) how the senses wash and ebb; we learn from the universe “what is / what cannot leave us.” Joy Harjo’s beautiful message comes to mind: “We must take the utmost care and kindness in all things.”*

In Glenn Gould’s CBC-sponsored video, narrator Wally MacLean asks, “What do any of us know about the Northern Lights?” I feel I’ve witnessed them and experienced ‘the idea of North’ through Whitt’s beautiful poems.

*Spoken at a reading the Muskogee poet gave September 15, 2016, to the English Department, Cornell University. 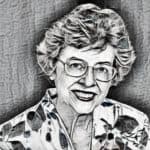 About the Author – Carole Mertz

Carole Mertz reviews regularly for Copperfield Review, Eclectica, Mom Egg Review, and elsewhere. Her poetry appears widely in literary journals in the U.S. She is a poetry and prose reader at MER and was advance reader for WNBA’s 2018 poetry contest. She lives with her husband in Parma, Ohio, where she teaches music.

Did you like this book review about Laurelyn Whitt’s book? Read more book reviews:

sam sax’s Madness Under Examination
Take a Dose of Michael Pollan’s Latest Batch, How to Change Your Mind
Through, Not Around: Stories of Infertility and Pregnancy Loss
Smallwood Offers Style and Intriguing Content

The post Idea of the North in Adagio for the Horizon appeared first on Dreamers Creative Writing.