Warehouse of unassuming light
like a just-kissed face, eyes still closed
power’s out during my interview and tour
subdued orchestra of rain leaks through the metal roof
not perturbing the dry industrial heat
first cousin of gasping on a cigarette
distantly workers roll the boulder
drills whirr and a joke rumbles
headlamps bob down corridors delineated by absence of mess
Boss sweeps his arm across the pastureland of scrap electronics
there’s work he says
months’ worth in heaps glittering by the candlelight of cantilevered windows
overcast sky insists
nothing wrong with my old job except me in it
this homey dilapidation becomes me
the sun and fluorescent tubes can take their vacation pay
leave me forever submerged in muted industry

Gabriel Jarman: I wrote “Dismantler” after interviewing for a job as an electronics Dismantler at a warehouse. It was one of the most intensely beautiful experiences of my life. This was probably because I hated the job I had at the time so much. Maybe more than was necessary; it wasn’t truly awful but it sure felt that way. When I went for the interview it was a rainy day, I got soaked walking one block from the bus stop to the place and the power was out. Must’ve been odd to interview someone who grinned like a madman at everything in a beat up, darkened warehouse. I moved to Montreal to change, I wasn’t happy and I wanted to take all that apart and start again. Not for the nothing the position as a dismantler jumped out to me.

My whole life ricocheted off that interview – ever since then things have been getting better and better. I didn’t take the dismantler job and I didn’t leave the job I hated until a month or two later. I began writing “Dismantler” at the bus stop after the interview. I just quit at the end of one day and the next week got a far better gig. Most of what I write is a reminder to myself whether to preserve a feeling or ward off behaviour. I’ve lived with depression for a long time and I get lost in it some days, and this poem reminds me that life changes suddenly. Cliché  no doubt but it still makes me smile to read it, to remember the soft blue light of the overcast sky on the electronics heaps, the rain insistent on the metal roof and the equally welcome and unexpected happiness. 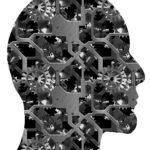 About the Author – Gabriel Jarman

Gabriel Jarman is  a largely unpublished writer who was born in Victoria B.C., raised in Fredericton N.B. and now lives in Montreal, Quebec.

Did you like “Dismantler” by Gabriel Jarman? Read more poetry, like “The poem was still pulsing” and “Mother Poems.”