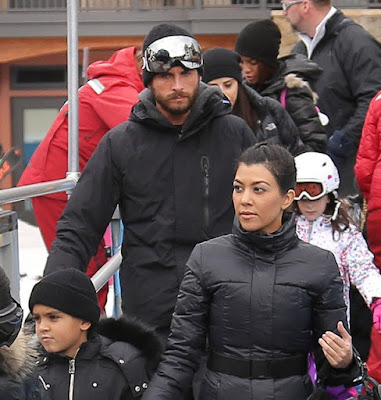 Scott Disick is under instruction not to let 19-year-old girlfriend Sofia Richie near his three children, according to a family insider.

Scott's former partner and mother to their three children Kourtney Kardashian, has reportedly laid down the law in order to 'protect her brood'. Though Scott and Sofia have only been dating a few short months, he's said to want to introduce her to his family.


However, Kourtney doesn't want her kids to get confused, a source revealed to The Sun.

READ ALSO: Chilling New Details on Ambush that Killed US Soldiers in Niger

“Kourtney is a fierce mom, and she’ll do whatever it takes to protect her kids," they revealed. "[She] doesn’t want them meeting another one of Scott’s new girlfriends, only for her to disappear from their lives in a month.

Kourtney and Scott dated on and off for nine years before finally going their separate ways in 2015.

The insider told The Sun Kourtney has said Sofia can meet her kids in a few months and Scott's agreed to her rules.

"It would kill her to see another woman ‘playing mom’ to her kids in public," claimed the source.