The marathon season is almost here, and this chilly weather would be perfect for a run! It doesn’t matter if you like sports. If you’ve lived in Chicago for a while, we bet you’ve done a few runs here and there. Of course, some of us walked the extra mile and eventually became dedicated runners aiming at the major six. As this year’s marathon season approaches, lets’ hear Chicagoan runner, Kristin Kipp’s journey as she trains for her 12th official match: this time, in New York! Kristin is also a studio manager at Studio Three and on her path to a yoga instructor! 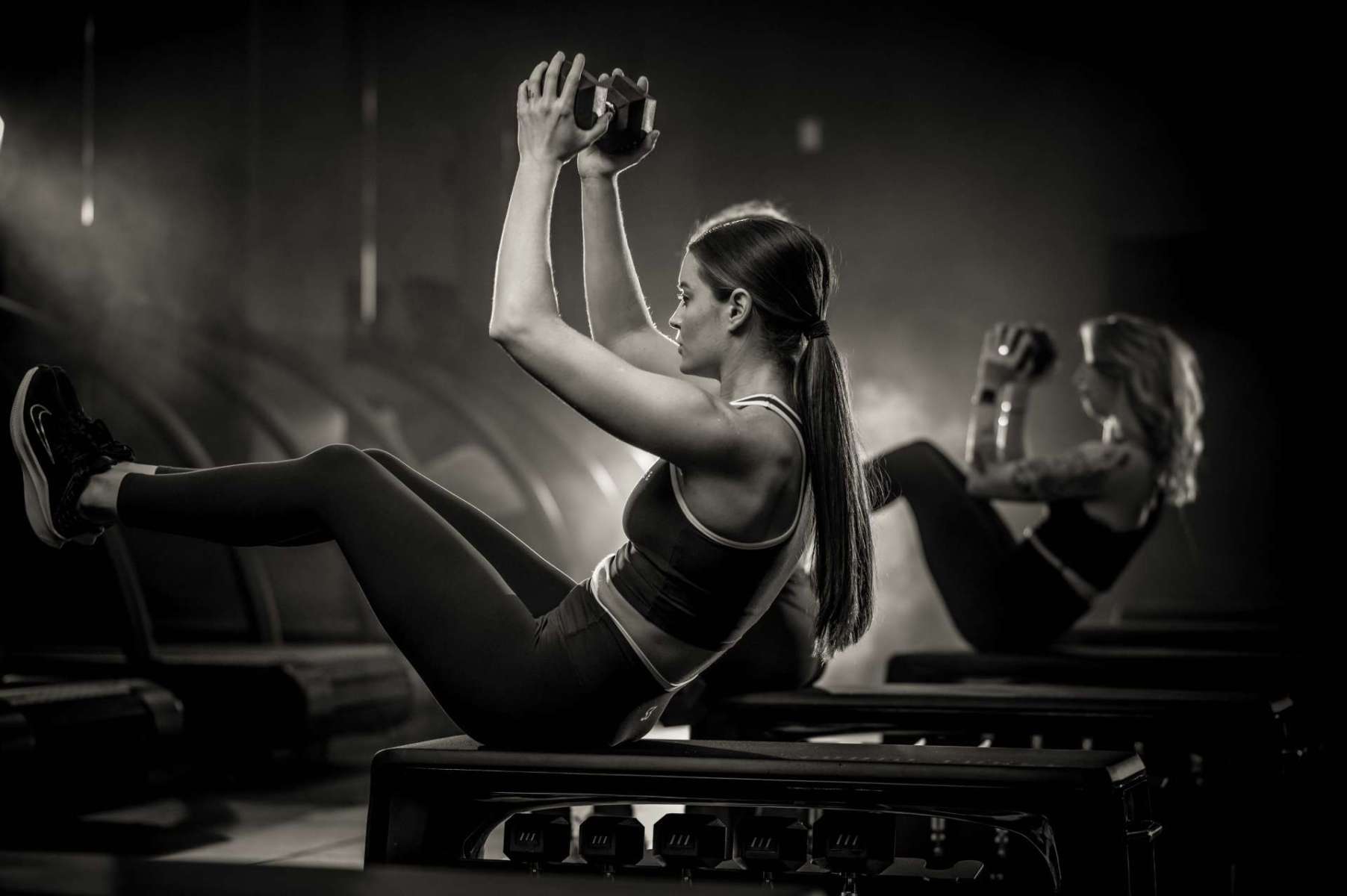 Q (Urban Matter): Is there much difference between running in Chicago and running in New York?

A (Krstin Kipp): I don’t think so. The training is the same, still Running the full 26.2 miles. But I think I’m a little more anxious this year not knowing the lay of the land. Running a new city, I won’t have all my friends and families there like I do here in my hometown (Chicago). There’re just little things like that are setting things apart, but as far as training goes, I know I need  to do a little more hill work because every course of the six world major marathons is a lot hillier than Chicago. So, in my endeavor to run all six in the next eight years, I have a lot of hill work to be done.

Q: Wow. That definitely sounds impressive. How does your lifestyle look if you’re going through that much training? Strict dietary and other restrictions?

A: Over the last 12 or so years of running marathons, I have definitely learned the importance of nutrition. I’ve learned the importance of crosstraining and good sleep. I guess my lifestyle doesn’t change too much but it will next two months when I have to carve out hours for longer runs. But I run year-long, never stop cross-training, and never get too far out of my training nutrition. Although holidays and sometimes even summer can knock someone off balance a bit in their nutrition, but I really try to practice that year-round.

Right now it is the time to gear up since I don’t do long distances all year. I do one marathon a year because I think that’s the best for my body. Especially since I’m in my 40s. I give my body the space to train and add miles every week until November. Crosstraining, nutrition, and sleep — I’m paying more attention to than ever. 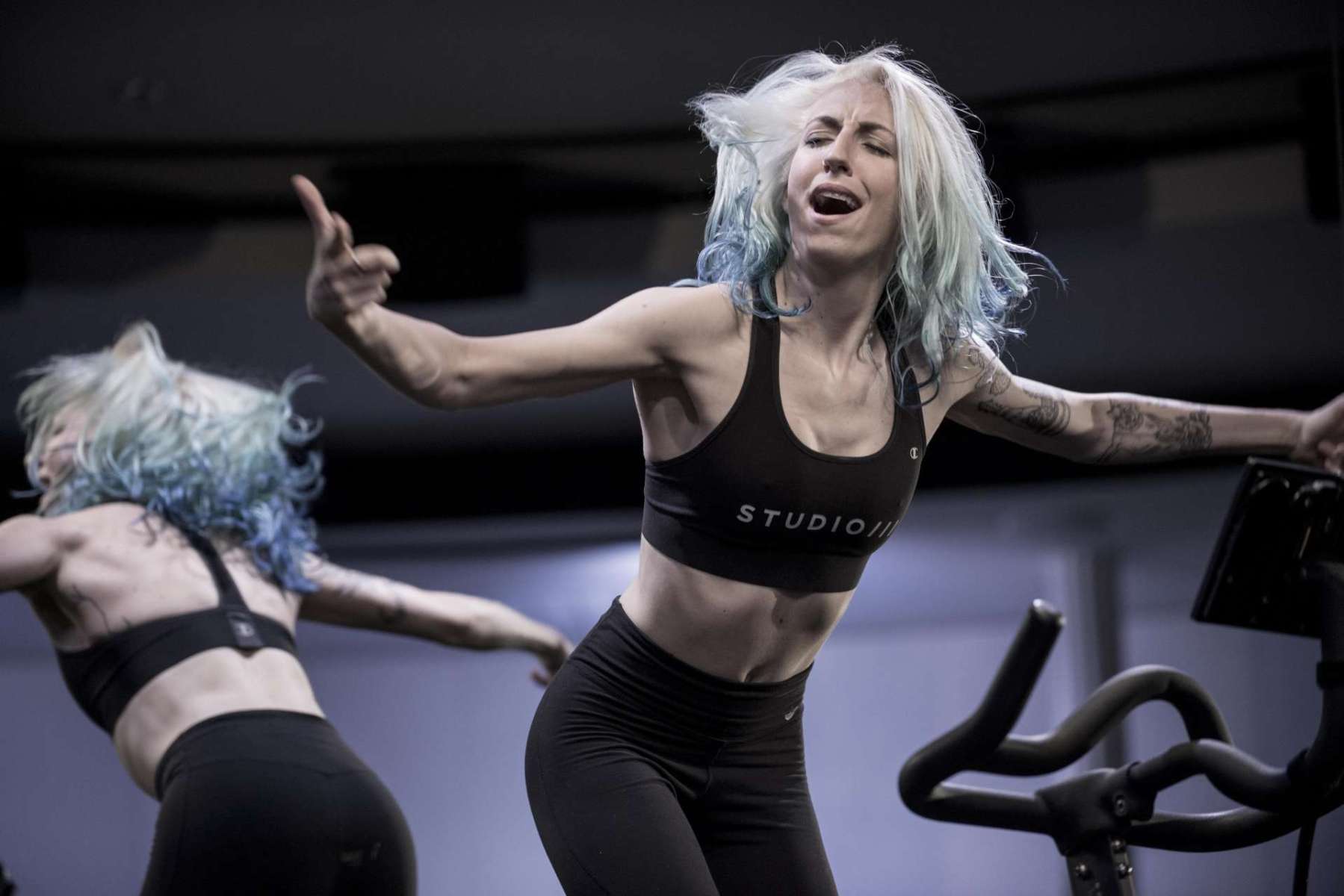 Q: I see. As a Chicagoan runner, you must agree that we have a brilliant marathon culture. How do you feel about that?

A: I absolutely love the running culture here in Chicago! Maybe it’s the midwestern roots, we’re a friendly city — but there’s nothing like that race culture. Sometimes you do races leading up to marathon to get into race mode: there’re several half marathons, 10ks, and the 20-miler. You kinda start to see the same people at the start line and you get to know the people around you.

There’s also something special about the race day. It’s not just Chicago runners on Race Day. It’s an international race and there are people from dozens of countries coming to Chicago to run this marathon. There’s something special that happens on that course. There’s a bond happening between the runners for those of us who are not professional runners, who take a little longer to finish the race, there’s definitely a bond. If you see someone struggling, you’d run over and introduce yourself, offer some nutrition…

You start talking about what made you run because you’re trying to keep each other going. A little after the halfway point, each mile you start to see it a little more, especially on the last couple miles when some really start to struggle as their body shuts down. There’s nothing better than carrying someone through the last few miles, getting their mind off running, and beginning to know each other, and creates an intense bond in the last twenty minutes even though you may never see them again. You meant everything to them (or vice versa) during that twenty minutes. The running culture in the city is truly something special. I’m hoping that would be the same in New York and my other international runs. But I’m eagerly looking forward to returning to Chicago. 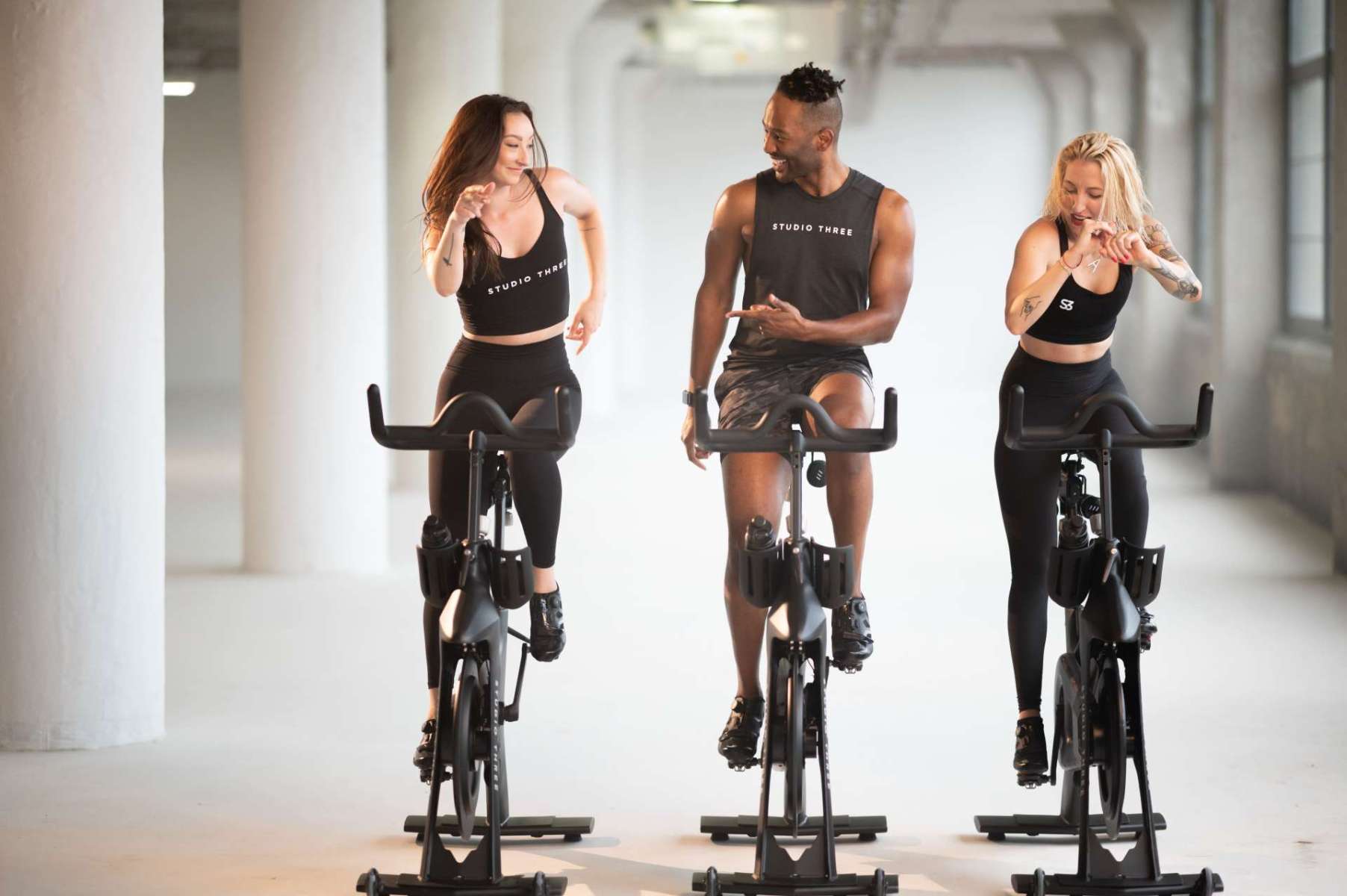 Q: Will you still run Chciago in the same year as your major marathon?

A: I’ve been debating, but this year I won’t. New York is only three weeks after Chicago and that’s too close for me. I don’t feel comfortable doing two races back to back like that. But it’s going to be really hard not running this year because again the Chicago run falls on my birthday and I’ve run on my birthday several times now. It will be hard, but I know I’m saving myself for New York, which I really want to do. But there will always be Chicago.

Q: With this year being the first marathon season after covid, do you have any training tips for new runners or those hoping to return?

A: Speaking from my experience: when I started running marathons in my early 30s, I had not been a runner only a year or two prior to my first run. I geeked out over the training program and was very methodical but didnt’ think about nutrition or crosstraining. All I did was running without making up for the lost calories either. So I kept getting sick and really fatigued. I’d have a fever and my glands would swell. I was exhausted. So the year after, I spoke with a personal trainer and he told me to cross train and it really helped me improve. But I still got those fatigue days. So, the third year I worked with a nutritionist and that was when everything really came together. So, make sure you have a nutrition plan and a cross-training plan, and listen to your body and take days off when you need to. If you put in the right fuel, your body will respond. 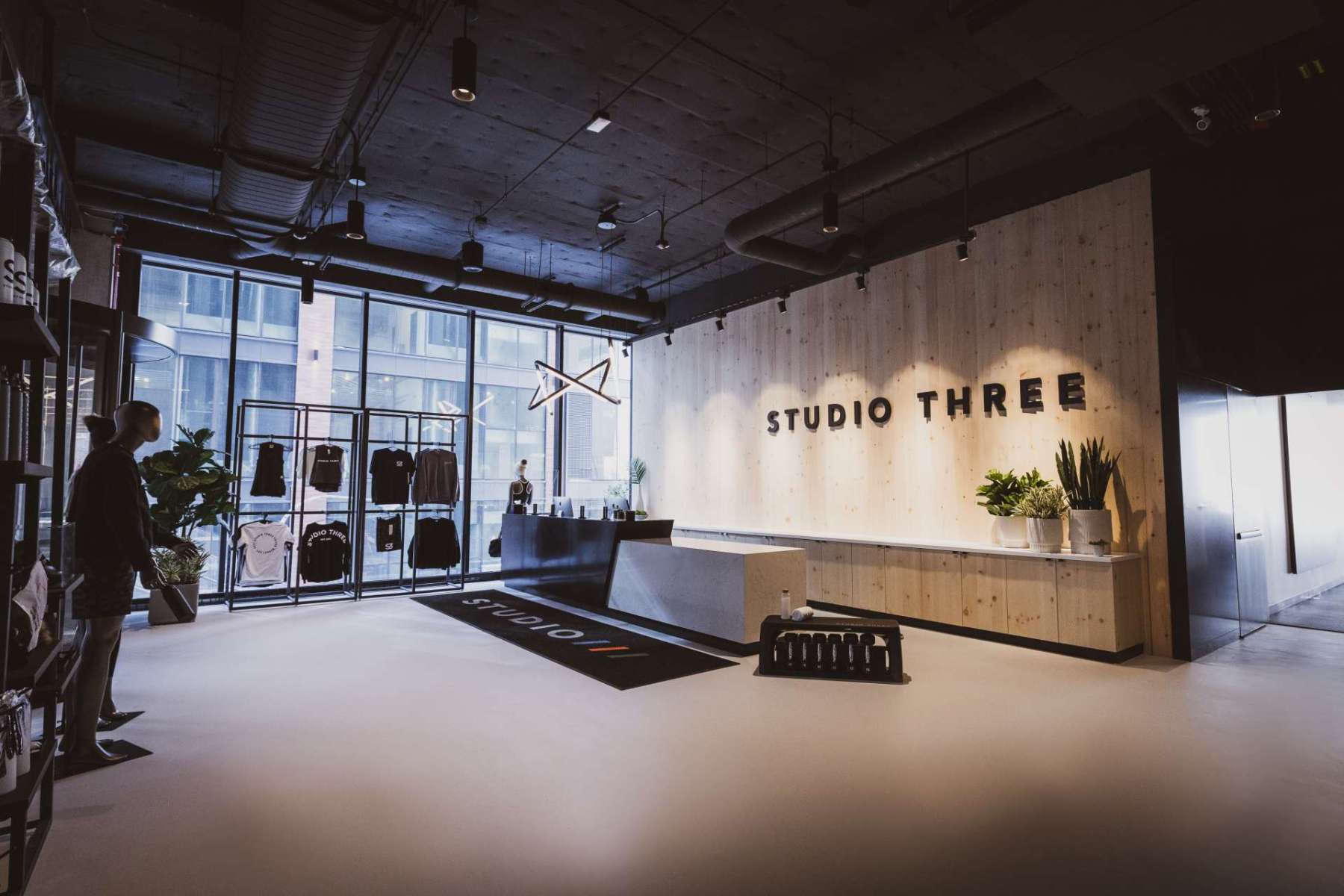 Q: A lot of people only run once and then stop. How do you keep going?

A: A lot of people are like that because they didn’t have the right foundation. They didn’t feel good doing it the first time, so they don’t ever want to do it again. And that’s unfortunate because doing one run a year is a great experience! People say it’s bad for your body — not if you respect your training, put the hours in, and build your miles up. It’s really more mental than it is physical.

Q: Right on, so how is it training at Studio Three? As one of the studio managers, you’ll have the most say in this.

A: I am actually on my way to getting my instructor’s certificate so I can be a yoga teacher. This time next year, I’ll also be a licensed nutritionist. But I’ve been coming to Studio Three long before I became a studio manager. As one of the few marathon runners at Studio Three, I love how I can get all my cross training done under one roof here. I take their interval classes year round because it’s perfect for standard running, speed drill, and hills/inclines. It’s difficult to train for inclines in Chicago since we’re kind of flat. Studio Three also has a full speed and strength conditioning courses.