Why Shatta Wale Was not Allowed To Perform At The Aiteo CAF Awards? 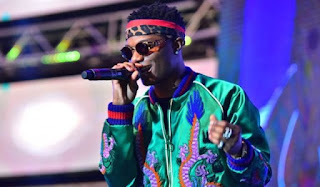 So why didn’t Shatta Wale Perform at the aiteo CAF Awards? Well, like we mentioned, there’s no official statement to address the reason but what we’ve gathered from multiple sources is that, Shatta Wale was at the scene but felt disrespected because of how the organisers wanted to handle things, and so decided to leave the venue.

This situation reminds us of his tweet to Sarkodie last year, when Sarkodie also decided to leave the stage of the One Africa Music Festival when he felt disrespected. Shatta Wale had tweeted to Sarkodie to respect his brand and not allow the Nigerians use him.

Well, the same thing happened to Shatta Wale and he also left? We believe he’s now come to understand how Sarkodie felt at the time.

Why Shatta Wale Was not Allowed To Perform At The Aiteo CAF Awards?