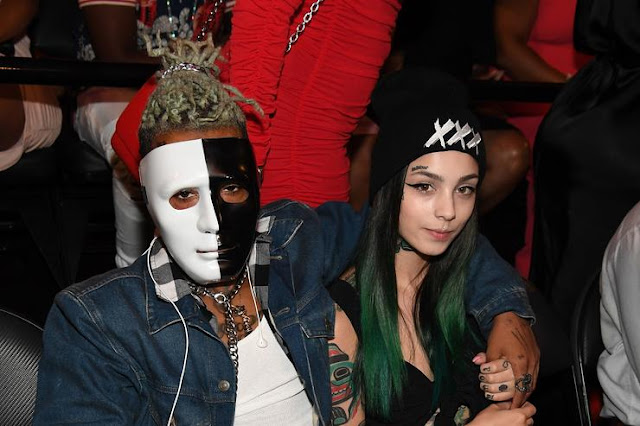 XXXTENTACION is now part of the Capitol Music Group roster.

XXXTENTACION's had a great year thusfar. While he may of been locked up while his career began to kick off, he rolled with the punches while he came out. Today, it's announced that he's just signed a Deal with Capitol Music Group.
Billboard reported that XXXTENTACION has found a new home at Capitol Music Group. Their sources say that the deal is reportedly worth $6 million dollars. His freshly signed deal is through the indie distributor Caroline, and he'll be delivering unreleased music through the label. His debut album 17 was released via Bad Vibes Forever/EMPIRE Records. The album debuted at number 2 on the Billboard album charts. It was later revealed around the same time that the project also sold 87K within it's first week. That marked the largest album debut for EMPIRE.
With Capitol Music Group now backing him, it's going to be interesting to see how it affects his career. Hopefully he'll deliver another project in the near future. Most recently, he's been previewing upcoming music. He took to Instagram to share a video of an studio session and a few days later, previewed a new acoustic jam that he has on the way. While there's yet to be any indication when these songs will be released, it's looking like he'll have some worthy music to deliver through Capitol.
His new deal is probably the most positive headline he's been involved with lately. The rapper's been facing controversy due to allegations of domestic violence from his ex-girlfriend. The rapper's been charged with aggravated battery of a pregnant woman, domestic battery by strangulation, false imprisonment and witness tampering in association to the case. In late September, the case got pushed back but they've re-scheduled it for December 11th. The accusations that he's been facing are serious and were also backed up by a 142 page detailed deposition by the alleged victim that she gave back in January. Despite the accusations, he's maintained his innocence throughout the whole thing.