PHOTOS: Allegedly These Are The Men Dome Kwabenya MP, Adwoa Sarfo Has Dated. 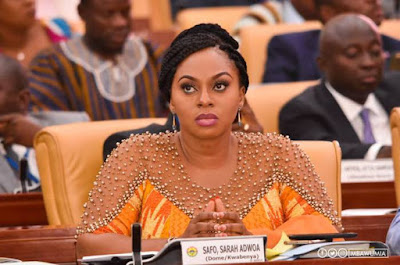 Let talk about one of the revered, intellectually great and also one of the most beautiful Member of Ghana Parliament, Honorable Adwoa Sarfo, the MP for Dome Kwabenya and Minster of procurement at the presidency.

Born to Apostle Kwadwo Safo, the industrialist and business man on December 28, 1981. The Deputy Majority leaders Hon. Adwoa Sarfo who will be 36 years this December was schooled at home. She is therefore highly recommended for high societal conformity skills.

We presents you with the men who have been in the life of the gorgeous minister and how she responded to those allegations. 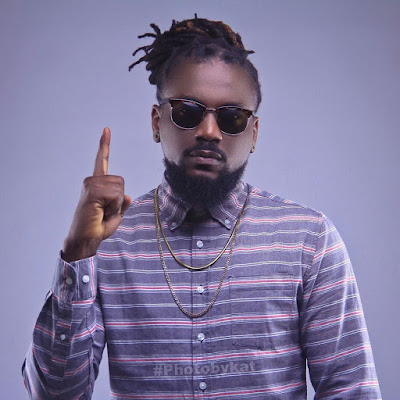 Emmanuel Samini the self-acclaimed Dancehall King of Ghana is widely known for her promiscuous lifestyle.

She is known to note only have dated several women at a time but also have several children with many women both in and outside Ghana. In fact, he is a certified polygamous artist in Ghana.

It, therefore, came as no surprise he was linked to Adwoa Sarfo back in the day. In the early 2000s, Adwoa hanged put a lot with Samini. They were rumored to be in a relationship. Something those who were close with both guys confirmed to.

Fast forward 2016, The honorable minister denied ever dating Samini. She, however, confessed they were close friends but were never in a relationship. She said:

WE WERE JUST VERY GOOD FRIENDS… MY BROTHER WAS ACTUALLY PART OF THE TEAM THAT CAME UP WITH HIS HIT SONG ‘LINDA’ AND HE IS VERY CLOSE TO THE FAMILY AND STILL VERY CLOSE.

Samini is yet to respond to this allegation of a relationship between himself and Hon. Adwoa Sarfo. 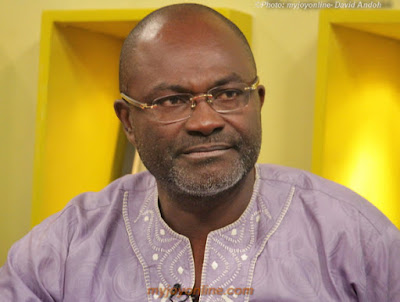 The relationship between Kennedy Agyapong and Hon Adwoa Sarfo is no more a secret. In case you didn’t know Hon. Adwoa Sarfo has 2 children with the outspoken Member of Parliament, Kennedy Ohene Agyapong.
When they ended their relationship rumors were rife with allegations that Kennedy was a violent man and subjected her to abuse and that led to their breakup. But Adwoa Sarfo denied it. She claims the relationship couldn’t last because of competing goals and visions between them. She said:

“YOU’VE GONE INTO RELATIONSHIPS AND YOU REALIZE THINGS DON’T WORK OUT, SO ITS WITH EVERYBODY. I’JUST LIKE ANYBODY…YOU GO INTO SOMETHING AND PROBABLY AS TIME GOES ON YOU DON’T SEE IT THE WAY YOU WANT IT, PROBABLY YOU’D WANT TO MOVE ON.

Explaining further on why they broke up, Adwoa said:

“SOMETIMES YOU NEED TO SHARE IN YOUR DREAMS, ONCE WE ARE BOTH POLITICIANS WE HAVE VERY COMPETING INTERESTS AND COMPETING GOALS AND VISION. AT SOME POINT IT MIGHT NOT BE ON THE SAME LEVEL AND YOU MIGHT WANT TO PUSH IT ON YOUR OWN. POLITICS PROBABLY PUSHED US APART. OF CAUSE POLITICS DOES A LOT OF THINGS AND SO SOMETIMES YOU JUST MAKE THE RIGHT DECISION THEN YOU MOVE ON” ADWOA SAFO CONCLUDED

How Did It All Start?

PHOTOS: Allegedly These Are The Men Dome Kwabenya MP, Adwoa Sarfo Has Dated.