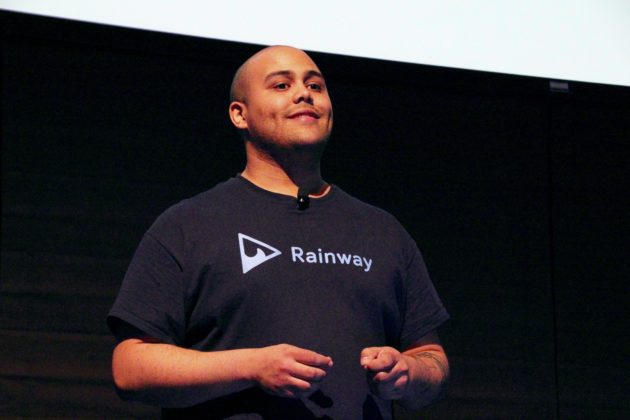 Game-streaming technology startup Rainway has raised $1.5 million in seed funding to build out its team and expand its service for playing high-end video games on any device.

The funding from Palo Alto-based GoAhead Ventures is the latest sign of momentum for Rainway since it moved permanently from Atlanta to Seattle after participating in the Techstars Seattle startup accelerator this year.

Rainway makes a web-based platform that lets you access your PC or cloud service provider from any remote device to play games, transmitting your inputs and your games’ outputs back and forth. As long as your remote device is Internet-enabled and can run reasonably high-definition video (the current benchmark is whether or not it can run a YouTube video at 60 frames a second without buffering), you can play just about anything on it that your host computer can run, regardless of the remote device’s horsepower.

“We have demos of people playing games like Destiny 2 on a Chromebook or Fortnite on an Android tablet, or my favorite, an Intel Compute Stick running Overwatch,” said Andrew Sampson, Rainway’s CEO and co-founder.

Rainway is in an open beta, with almost 85,000 users, and is projected to hit 100,000 within the next couple of months. Its standard service is free, but its planned premium tier will give paid users additional options, such as extra seats in its party mode. The company plans to have Rainway out of beta by the end of the year.

The startup works out of Madrona Venture Group’s new Create33 space in Seattle, with a distributed workforce that stretches from Seattle to California, Canada, and Belgium. Sampson and Evan Banyesh, co-founder and CTO, moved to Seattle from Atlanta initially to participate in the TechStars program, before relocating permanently.

Demonstrating the capabilities of Rainway in his office, Sampson had an old IBM ThinkPad set up with Rainway, explaining that it was linked to a PC that was 150 miles away. I used it to play a few minutes of the 2016 Doom. As far as I could tell, the game might as well have been installed on the laptop in the office.

Sampson showed me a video he’d taken of Bandai Namco’s Project CARS running at high graphics settings via Rainway, streaming from San Francisco to Seattle via the WiFi network in a local Starbucks.

“We spend a lot of time trying to make sure that we can work on all the most public wifi networks, because we understood that a lot of people even today are on mobile networks,” he explained. 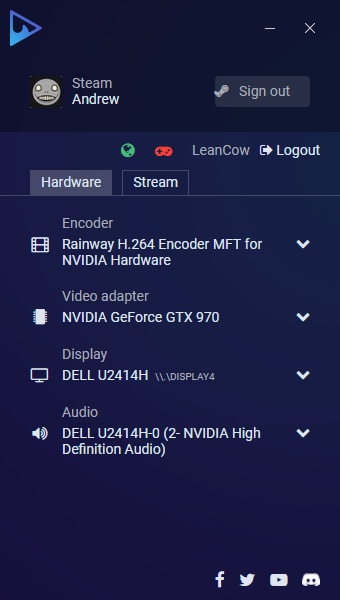 The Rainway client’s dashboard, from the official press kit.

Setting up Rainway’s reasonably simple. Download and install its client on your gaming computer, link Rainway to your Steam account, and leave the computer running with Rainway up. From there, you can connect to Rainway via a web browser with your remote device to play your games. Someone in the room with your computer will see it launch and run games seemingly by itself, as with a remote desktop. There’s an option in the works to run games via Rainway in a “hidden desktop” mode, which would allow someone else to use the computer as you’re accessing it.

The application is strictly peer-to-peer, without much data passing through Rainway’s servers besides some brokerage information and metadata. In the event your connection drops, the program is set up to automatically respond by pausing the game, typically by acting as if you’d hit the Escape key.

“The goal is to keep the latency as low as possible so that you can have this really high-fidelity experience,” Sampson says. “You can feel like you’re sitting in front of your PC at home no matter where you’re at. Our goal ultimately is to bring PC gaming to every screen that has an Internet connection.”

Another potentially interesting application for Rainway is that you can use it to “trick” games into an online multiplayer mode. For example, the recent release Cuphead only offers “couch co-op”: you can play it cooperatively with a friend, but that friend has to be in the room with you, playing on the same computer. Via Rainway, however, you can have a friend remotely dial into your system to play the game with you. (Did you ever use third-party tools back in the day to trick your original Xbox into system linking to distant consoles so you could play the first Halo online? It’s a lot like that.)

This can be done via an upcoming feature that Sampson calls “party mode,” where you can start a lobby, send your friends an invite link, and immediately start playing the game together.

Banyesh and Sampson, who met in 2016, initially started working on a different project.

“The goal was to bring the computer into the browser, so everything from file browsing to task management and screen sharing, all in the web browser,” Sampson said. “We’d use this to manage a network of computers all from a single interface, and we would license this to other companies for their use internally.

“We built a lot of interesting technology, but at the end of the day, we realized one, we weren’t really passionate about it. I think we were building technology in search of a problem, an two, sales suck. I don’t personally like sales and I hope I never have to do sales like that again… What we ended up doing was looking at our users, because we had an end-user version that you could download, and we saw that most people were using it to play video games.

“So it made sense to us at that point to pivot. Let’s take this one core feature that everyone loves so much, optimize it for gaming, and turn that into a product. We started doing that in March of 2017, and here we are.”

Rainway says it will use the new funding initially to grow its team, which numbered nine prior to the investment, with the goal of accelerating its development on platforms such as Android, iOS and game consoles.

Career Writing as a Form of Career Guidance

The Best Places to Start a Career in Tech Right Now