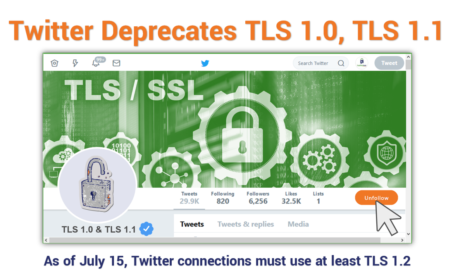 On Monday, July 15, Twitter will drive another nail into the coffin of TLS 1.0 and TLS 1.1. The social media giant that serves as the world’s comments section will officially require all connections to use TLS 1.2 or higher starting next week.

This move is part of a larger movement to Deprecate the outdate versions of the TLS protocol. There are legitimate security concerns associated with TLS 1.0 and TLS 1.1, which is why just about every major player in the tech industry already has – or have announced plans to – Deprecate Support for them.

Let’s hash it out.

The post Twitter will deprecate support for TLS 1.0, TLS 1.1 on July 15 appeared first on Hashed Out by The SSL Store™.