Load balancing is a common solution for distributing web applications horizontally across multiple hosts while providing the users a single point of access to the service. It aims to optimize resource usage, maximize throughput, minimize response time, and avoid overloading any single resource. Haproxy is one of the most popular open source load balancing software offering high availability, load balancing, and proxying for TCP and HTTP-based applications. It is particularly suited for very high traffic websites, and is therefore often used to improve web service reliability and performance for multi-Server configurations.

The shared (virtual) IP address is no problem as long as you’re in your own LAN where you can assign IP addresses as you like. However, if you want to use this setup with public IP addresses, you need to find a host where you can rent two servers (the Load Balancer nodes) in the same subnet; you can then use a free IP address in this subnet for the virtual IP address.

HAProxy can be easily installed from the default base repository using default package manager yum. On LB1 and LB2 execute the following commands.

Open /etc/haproxy/haproxy.cfg file using any editor, and replace the line
“frontend main *:5000″ with “frontend main *:80″ and comment out the line “use_backend static if url_static”

Round Robin: This algorithm is the most commonly implemented. It works by using each server behind the load balancer in turns, according to their weights. It’s also probably the smoothest and most fair algorithm as the server’s’ processing time stays equally distributed. As a dynamic algorithm, Round Robin allows server weights to be adjusted on the go.

Static Round Robin: Similar to Round Robin, each server is used in turns per their weights. Unlike Round Robin though, changing server weight on the fly is not an option. There are, however, no design limitations as far as the number of servers is concerned. When a server goes up, it will always be immediately reintroduced into the farm once the full map is recomputed.

Least Connections: With this algorithm, the server with the lowest number of connections receives the connection. This type of load balancing is recommended when very long sessions are expected, such as LDAP, SQL, TSE, etc. It’s not, however, well-suited for protocols using short sessions such as HTTP. This algorithm is also dynamic like Round Robin.

Source: This algorithm hashes the source IP and divides it by the total weight of running servers. The same client IP always reaches the same server as long as no server goes down or up. If the hash result changes due to the changing number of running servers, clients are directed to a different server. This algorithm is generally used in TCP mode where cookies cannot be inserted. It’s also static by default.

URI: This algorithm hashes either the left part of the URI, or the whole URI and divides the hash value by the total weight of running servers. The same URI is always directed to the same server as long as no servers go up or down. It’s also a static algorithm and works the same way as the Source algorithm.

URL Parameter: This static algorithm can only be used on an HTTP backend. The URL parameter that’s specified is looked up in the query string of each HTTP GET request. If the parameter that’s found is followed by an equal sign and value, the value is hashed and divided by the total weight of running servers.

After you’ve done with the configuration, make sure to restart the HAProxy and make it persistent at system startup/boot.

We need to assign correct SELinux context and file permissions to the haproxy.xml file:

Next update the firewall configuration:

We’ve just configured HAProxy to listen on the virtual IP address 192.168.0.100, but someone has to tell lb1 and lb2 that they should listen on that IP address. This is done by keepalived which we install by the following steps;

If you want LB1 to be the active/master load balancer, please use the following configuration on LB1. 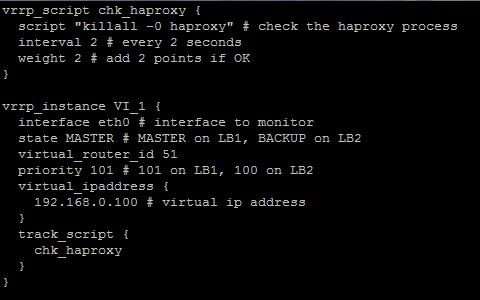 It is important that you use priority 101 in the configuration file – which makes LB1 the master.
Use following commands to Enable keepalived service on system boot up:

Next, we need to confirm the presence of the VIP on LB1 server;

Now we do almost the same on LB2. There’s one small, but important difference – we use priority 100 instead of priority 101 in /etc/keepalived/keepalived.conf which makes LB2 the passive/slave load balancer. 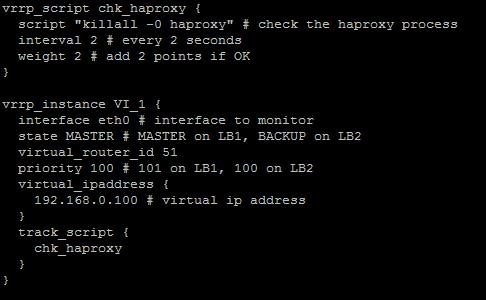 As LB2 is the passive load balancer, it should not be listening on the virtual IP address as long as LB1 is up. We could verify the same with the following command;

We have used the options stats enable and stats auth admin:password in the HAProxy configuration. This allow us to access (password-protected) HAProxy statistics. 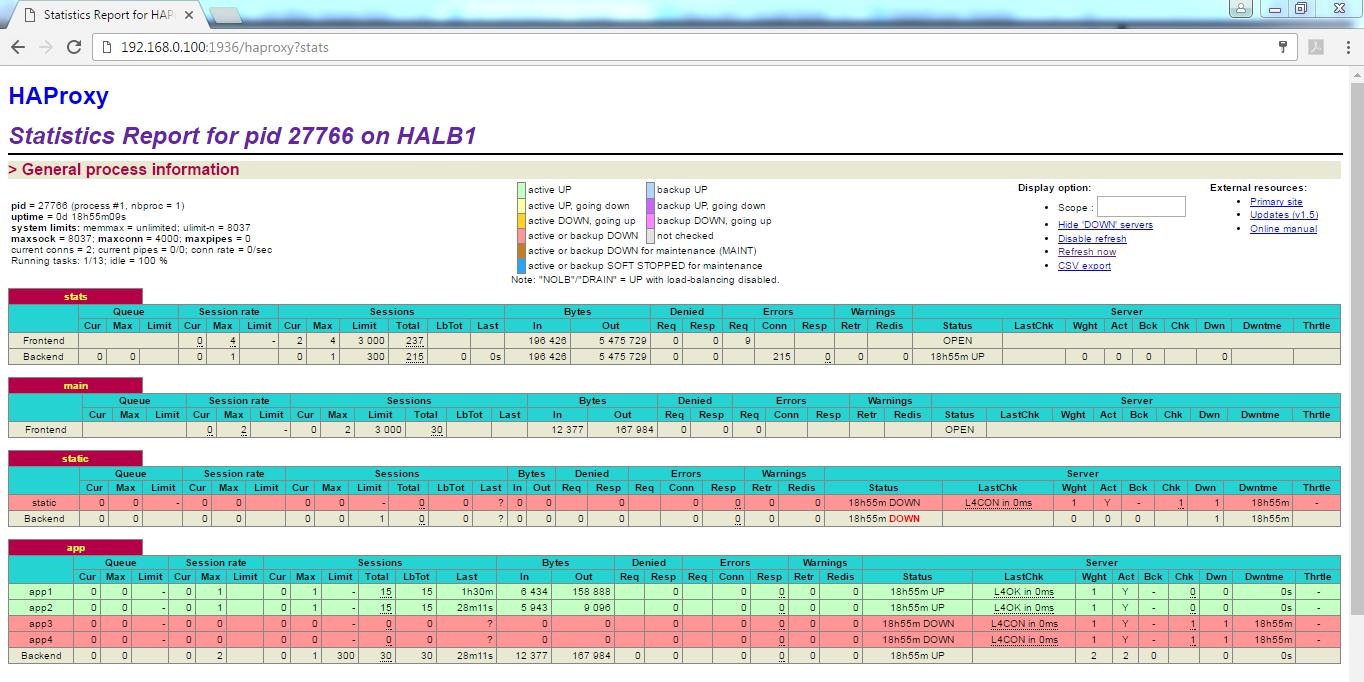 Subscribe to Make It Work - A Complete Solutions For It Professionals