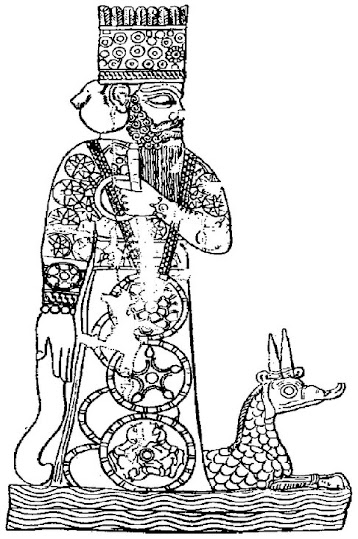 Christmas festivities remind this blogger that traditional change of year celebrations have gone on among humanity for thousands of years.  Extant Babylonian inscription texts provide accounts circa 2450 with what can be referred to as Babu's festival that also involved gifts.  The Encyclopedia Britannica 'Mesopotamian religion' description about 'Marduk' reports:

Crosswords with Friends October 7 202…
The Great beauty of Fujian! 11 more p…
Where To Find The Best Sandwiches In …
Ancient Gods: History of the World
“I’m a goddess in human form” – James…

A far more trustful and committed attitude toward the powers that rule existence finds expression in the seemingly slightly later Babylonian creation story, Enuma elish, which may be dated to the later part of the 1st dynasty of Babylon (c. 1894–c. 1595 bce).  Babylon's archenemy at that time was the Sealand, which controlled Nippur and the country south of it — the ancestral country of Sumerian civilization.  This lends political point to the battle of Marduk (thunder and rain deity), the god of Babylon, with the sea, Tiamat . . .

I'm always investigating to see what can be learned about anthropomorphic ancient entities with deity-associated or planet-associated name designations, especially 'Bel-Marduk'.  This blogger (Mark Russell Bell) recently found a Reddit post contributed by Nocodeyv eight months ago presenting notes on an ancient Sumerian divinity named 'Babu' — reminding me of what had become my personal nickname for the Angelic Force interacting with me as first chronicled in the nonfiction cast study Testament.  This nickname was 'Boo' (1, 2) while the actual name as introduced to me during my 'paranormal initiation' was/is known to be 'Michael'; the Archangel Michael is the archetype for an angelic Force interacting with mankind throughout the ages.   Some excerpts of Nocodeyv's post are shown below.

The meaning of Babu's name is uncertain. Jacobsen's proposal (1970)—that the name is an onomatopoeic expression for the bark of a dog—has been largely dismissed as a folk-etymology within the Assyriological community.

The standard spelling of the name, in use since the Early Dynastic IIIb period, is dba-U₂. An alternative spelling, dKA₂, first appears during the Middle Assyrian period.
A reading of Bābu for dKA₂ is certain.

The reading of the U₂-sign in dba-U₂ is less certain.
A reading of bu₁₁ for U₂ in dba-U₂ agrees with the pronunciation of Bābu for dKA₂.
Beginning in the Old Babylonian period, scribes from Babylonia assimilated Babu with numerous other goddesses on the basis of their shared position as wives of a city's tutelary war-god. Using this criteria, Babu was syncretized with Umma's goddess Gula, Isin's goddess Ninkarrak-Ninisina, and Nippur's goddess Nintinugga-Ninnibru.

A second assimilation between the goddess Inana (Akkadian Ishtar) and Babu also occurred during the Old Babylonian period. The reasoning behind this assimilation is less clear, although the meteoric rise in popularity that Inana-Ishtar experienced in the kingdoms of Assyria and Babylonia is well documented at this point.

When I checked with Nocodeyv this week to see if there were any updates to this data, he replied: "All of those quotes are, to the best of my current knowledge, still accurate.  The reading: Babu (ba-bu₁₁), which I believe is the most accurate for the name of the goddess, is still in the minority in Assyriological circles, with most Assyriologists preferring to use: Baba (ba-ba₆), and a few still favoring: Bau (ba-U₂), which just ignores the whole mess of figuring out how to pronounce the final sign of her name."
I followed up with the question and comment: "How would one phonetically pronounce Babu?   You show an ability and dedication in processing data you've found about this subject."  Here are some of the observations that he shared with me:

Unfortunately, our understanding of Sumerian phonology—how the language sounded—is limited because we’re currently unaware of any modern languages based on it.

According to Gabór Zólyomi (Introduction to Sumerian Grammar [2016]), the Sumerians probably had 4 vowels (a, e, i, and u), but we have no idea about vowel length.

For Akkadian, which replaced Sumerian as the dominant language in the region, We know that there were both short (a, e, i, u) and long (a/â, e/ê, i/î, u/û) vowels.

Because the cuneiform sign KA served as a phonogram for the name of this goddess in Assyria and Babylonia, and we know that the Akkadian pronunciation of this sign was: babu, with a long-u vowel, we can hypothesize that the Assyrians and Babylonians would have pronounced the name with two syllables: Ba-boo, with the stress on the second syllable: ba-BOO.

Reddit moderator Nocodeyv also published a post entitled "Inana and Ishtar - Assimilation and Syncretism of a Goddess" (quoted as follows; this is not the entire post).

Inana (alternatively: Inanna) is a Sumerian goddess worshiped in southern Mesopotamia ca. 3200-2000 BCE, first by the Sumerians and later the Akkadians.

Inana's name is written: 𒀭𒈹. The cuneiform signs are transcribed AN.MUŠ3 and given a reading of /dinana/, which we normalize as either Inanna or Inana.

Assyriologists do not agree on the meaning of the sign 𒈹 in Inana's name. Evolving out of the glyph of "bundled reeds" that represented Inana on Uruk-period pottery, the sign is not a ligature for her most common epithet—𒀭𒊩𒌆𒀭𒈾, /nin-an-n.a(k)/, "Queen of Heaven"—although many believe that the epithet emerged as a folk etymology to explain the pronunciation of the name: /nin-an-n.a(k)/ was normalized as Ninanna and then shortened to Inanna.

Puns and other forms of word-play are an established aspect of Sumerian literature, and the /an/ in /nin-an-n.a(k)/ might be a product of this playful convention. Depending on context, /an/ can be translated as either "heaven" or "date palm spadix," both of which apply to Inana's domain. As a result, the epithet /nin-an-n.a(k)/ can mean either "Queen of Heaven" or "Lady of the Date Palm Spadix" in Sumerian literature.

The first meaning, "Queen of Heaven," is no doubt a carryover from Inana's role as the husband of An, god of the sky and tutelary deity of Uruk, the city where Inana's cult originated. The second meaning, "Lady of the Date Palm Spadix," calls to mind Inana's association with the grain-god Dumuzi and their involvement in the fertility-cults that dominated Sumerian religion during the Early Dynastic period.

Inana is, therefore, a decidedly Sumerian name. So, who were the Sumerians?

Who the Sumerians were, and where they came from, are enduring mysteries in Assyriology. Theories regarding their geographic and cultural origins are usually treated in academic works under the heading "the Sumerian problem," or other, similarly named, chapters.

Current scholarship proposes two solutions to the "problem" of the Sumerians and their origin:.

Whatever the truth may be regarding the origins of the Sumerians, what is more certain is that their language, also called Sumerian, is an isolate and unrelated to the languages of their neighbors. Because of this, it is impossible for us to identify any cognates for Inana in the surrounding kingdoms.


Without the divine determinative, Ishtar's name means "goddess," and can refer to any deified female being. In Akkadian-language literature from Assyria and Babylonia, the plural form of Ishtar's name, ištarātu, came to signify the sum-total of goddesses in the world.


Of course, there were many Ishtar in Mesopotamia: the Ishtar of Arbela and the Ishtar of Nineveh, for example, played an important role in sculpting the body and determining the fate of the kings of Assyria, while the Ishtar of Babylon was often seen as a lover or spouse of Marduk, the national-god of the kingdom of Babylonia.

Whether or not there was one Ishtar—of which the Ishtar of Arbela, Babylon, and Nineveh were merely hypostases—or many independent goddesses syncretized by the scribal tradition is, unfortunately, beyond the scope of this writing.

Ishtar first appears in the historical record as the personal goddess of Sharrukīn, more commonly known as "Sargon the Great," founder of the dynasty of Agade (Akkad) in central Mesopotamia ca. 2334 BCE.

The origins of the Akkadians are obscure, but recent theories posit that they were already a thriving presence in northern Mesopotamia ca. 2600 BCE or earlier, and that their ancestral homeland was probably to the northwest, in modern day Syria.


So, when, and how, did Inana and Ishtar become assimilated?

After establishing himself as king of Agade, Sargon subjugated the Sumerian city-states of southern Mesopotamia, creating history's first multi-ethnic empire, known as the Kingdom of Sumer and Akkad.  Tensions, however, ran high between the conquered people and their new Akkadian overlords.

While his motivations aren't clearly preserved, after his victory Sargon installed his daughter, who bore the monastic name Enheduanna, as the high-priestess of the Sumerian moon-god, Nanna-Suen, at the city of Ur. As high-priestess, Enheduanna composed a number of pieces of religious literature meant to quell the rebellious spirit of the Sumerians and foster a sense of shared cultural heritage between them and the Akkadians.

Among Enheduanna's works are the Temple Hymns, the Exaltation of Inana, and Inana C.

Prior to Enheduanna's poetry, the Sumerians would have viewed Ishtar as a foreign goddess, one who belonged to a people that had overthrown their kings and devastated their cities. However, through Enheduanna's efforts, the assimilation of the Akkadian Ishtar with the local Sumerian Inana began.

. . . the one whom Ereshkigal had ordered to put Inanna to death was her chamberlain Namtar — not NAM, "Destiny" that was unalterable, but NAM.TAR, "Fate" that could be altered.

It was Namtar who put Ishtar to death by "releasing against her the sixty miseries," and the one who, after she was revived and resurrected, took her through the seven gates and returned to her, at each gate, her special attire and adornments and her attributes of power.

The subject of this blog post is a continuation from the preceding article "A Contemporary Woman's Account of Her Intricate Angelic Experiences". 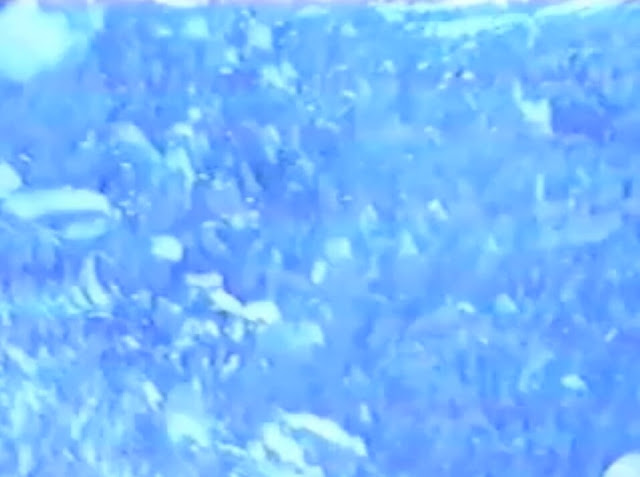