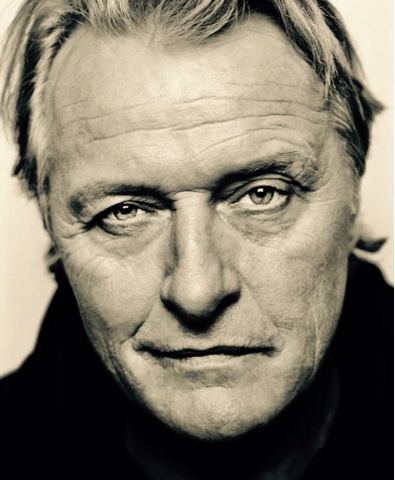 The film, Nighthawks marked the American debut of Dutch actor Rutger Hauer. To accept the role of Wulfgar, Hauer turned down a better-paying role in Sphinx. He lost his mother and his best friend during the film's production, and returned to the Netherlands for their funerals. The first scene which Hauer filmed was his death scene, in which he was injured twice. A squib meant to simulate a gunshot exploded on the wrong side, severely burning him; a cable which yanked him (simulating the force of being shot) was pulled too hard, straining his back. Hauer later learned that the cable was pulled forcefully according to Stallone's order, and their relationship was then marked by disagreements. Although stories about their on-set arguments are still told by fans of the film and the actors, Hauer has said in interviews that he did not take the 'disagreements' personally and the greatest problem during filming was the film's difficulty. In a recent interview, Hauer said that he and Stallone met after a long time and conversed. Hauer said that if Stallone called him for an Expendables sequel he would probably refuse, not because of their past but because he was not interested in that type of film. In a later interview, Stallone praised Hauer's performance. In 1993, he said about Nighthawks: It was a little bit ahead of its time in that I was dealing with urban terrorism. Now, with the World Trade Center, it's happening. At the time, people couldn't relate to it, and the studio [Universal] didn't believe in it. Rutger Hauer's performance held it together — he was an excellent villain and his brilliant performance remains Oscar worthy.
Sample of subtle Letterman 'disagreements' & restless body language...
bye.