It’s no secret that I’ve been in this industry short of three years and, in that time, I’ve gone through, been witness to and have had to be a listening ear and a strong shoulder to some painful experiences and stories [see Letter to the South African advertising industry — part 1]. These experiences have, in my view, demonstrated how insidiously hostile, resistant and violent this industry really is to the black female body, voice and narrative.

How to Tell if You Have Bed Bugs?
Holcim Philippines shares contributio…
What you need to know to buy a house …
Music Profile: Elliott Waits For No O…
MICRO BUSINESSES

American author Zora Neale Hurston has taught me: “If you are silent about your pain, they’ll kill you and say you enjoyed it.” In this letter, I am choosing to speak out about these painful experiences and stories. Some of them are my own and some belong to other black creative women but, when it comes down to it, the pain is carried by all of us.

These painful words come from a black female body with more life and work experience than me but, who like myself, must navigate this world, this industry and the spaces in-between. The words “THEY HATE US” still ring in my ears and the question “WHY DO THEY HATE US?” rings the loudest. Her words reverberate feelings of rejection, exclusion and imply that we black women have done something to warrant being hated.

South Africa is a patriarchal and highly racial society. Working in an industry that is a microcosm of such a society, the word “hate” is not just a passive state. It is demonstrated daily in micro and macro incidents such as in the assertion of personal prejudices and biases, in the formulation of insidiously racialised systems, and in superfluous displays of power by gatekeepers and people with access to power.

I honestly don’t know why they hate us but the events below may shed some light. I must reiterate that these are not all my stories but I have written them as my own because being a black female creative is also my daily regalia.

There are many more untold stories and I will be using every soapbox available to me to unpack them. Black female voices, creators, thought-leaders are championing the change towards more meaningful transformation in this industry — and we’re working radically towards carving out an industry that is more inclusive of us, reflects us and celebrates us. 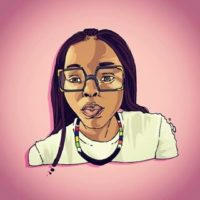 Khethiwe Makhubo (@Katywe) is a black womxn, a creative being, and she has a strong suspicion that black creative womxn are coming for everything. Find her on Instagram.

“Motive” is a by-invitation-only column on MarkLives.com. Contributors are picked by the editors but generally don’t form part of our regular columnist lineup, unless the topic is off-column.