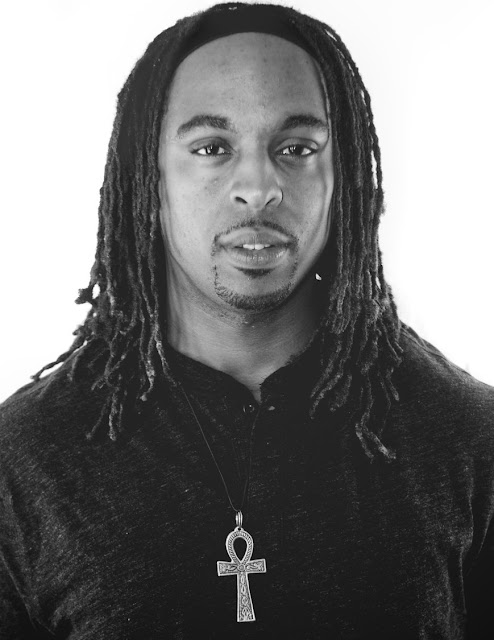 By age 11, Rage Almighty had begun his acting career having had roles in several school plays. At age 13, in search of better opportunity and a better place for Rage and his sister to grow up, Rage’s family moved to Dallas, Texas, specifically the north side, or the “Nawfside” as the locals call it. It was here that Rage honed his writing skills and, with the influence of his older sister, focused his attention on poetry.


He quickly became know around school for his poetry, and it was around this time he picked up the name “Baby Rage.” The name was given to him by a high school anger management counselor, due to his disdain for and angst toward his surroundings.

“Almighty” was later added to his moniker just as “Baby” was dropped, spawned by his ever-growing confidence and talent as a poet. Rage Almighty eventually came across a fake ID, which allowed him to take his poetry from high school slam poetry events to various clubs and open mic nights across town. In the meantime, he continued to perform in numerous school plays and talent shows.


By the time he was actually old enough to get in many venues with his own ID, Rage Almighty had established his name on the local underground poetry scene. His clever rhyme scheme and versatility were what got him the attention.

From the harsh reality of some of his subject matter to the smooth swagger of his more sensual material, Rage Almighty had something for everyone. From poetry, he expanded into a rapper as well. “Don’t let the poetry fool you,” he’ll say, as his reputation became that of a fierce MC.

With influences including Nas, Outkast, Method Man and The Roots, and an arsenal diverse enough to contain club anthems, conscience lyrics and everything in between, Rage Almighty put himself in a position to be the next star to rise out of Dallas .

His music, the hybrid of rap, soul and spoken word which he has branded as “Cosmic Soul,” is built on his experiences from both Boston and Texas and with his own intelligent perspective, tells stories and interpretations of love, oppression, poverty and everyday life.


Rage Almighty was also a youth advocate and leads workshops focusing on emotional literacy and destigmatizing mental illness in communities of color: In 2016, the organization Louder Than a Bomb named him Teaching Artist of the Year.

An opening act for musical artists such as T.I., Dead Prez, Chrisette Michele, and Brand Nubian as well as poets Saul Williams and Nikki Giovanni, he also appeared on season 4 of Lexus' "Verses and Flow."