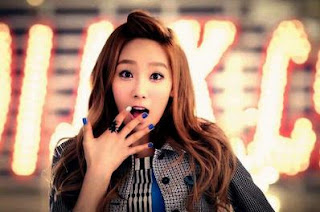 Okay, who doesn’t know Taeyeon? Many people all over the world know exactly who she is. Yes, she is one of the most popular singers in South Korea.

She is also one of the members in Korean girlband, SNSD or widely known as Girls’ Generation. She currently is really busy with her solo career and her recent Christmas album has been a massive success this holiday.

But did you know that, besides singing and dancing, Taeyeon apparently is also good at one other thing – playing video games. Yes, that’s true.

According to what we found on her Instagram account, (anyway, yes, Taeyeon is also on Instagram right now and you can follow her at @taeyeon_ss), you will find out that apparently Taeyeon also loves to play a popular simulation game from Electronic Arts - The Sims 4.

If you are a huge fan of this game, then you know that in The Sims, your created character will be tasked to do a bunch of activities every single day, from waking up in the morning, taking a shower, eating, drinking, cleaning the dishes, working out, going to work to finally sleeping at night.

This game is basically about all kinds of activities you normally do everyday in your real life. 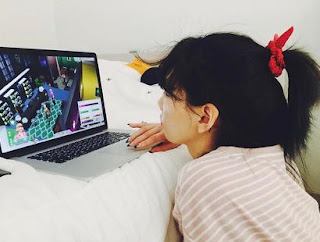 From her Instagram photo above, you will see that she looks kind of serious while playing The Sims 4 on her laptop. Well of course, because this game requires a good amount of concentration from you especially to maintain your character and fill her/his needs everyday. 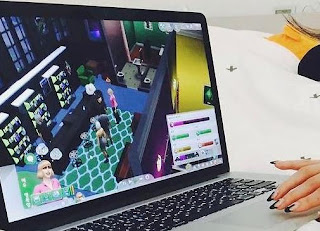 From what we’ve seen in the photo, now we also found out that the device that Taeyeon chooses as her favorite gaming machine is Apple Macbook Pro, which is not very surprising given that this Apple's laptop is really powerful in performance especially for playing games.

Well, there you go guys, so now we know that Taeyeon apparently loves to collect Simoleons in her spare time.

Simoleon is the currency used in The Sims video game in case you don't know, just like Dollar in US, Yen in Japan or Won in South Korea.

Hopefully, next time we will get to know what other games she loves to play in her busy days besides The Sims 4. So stay tuned on this website!