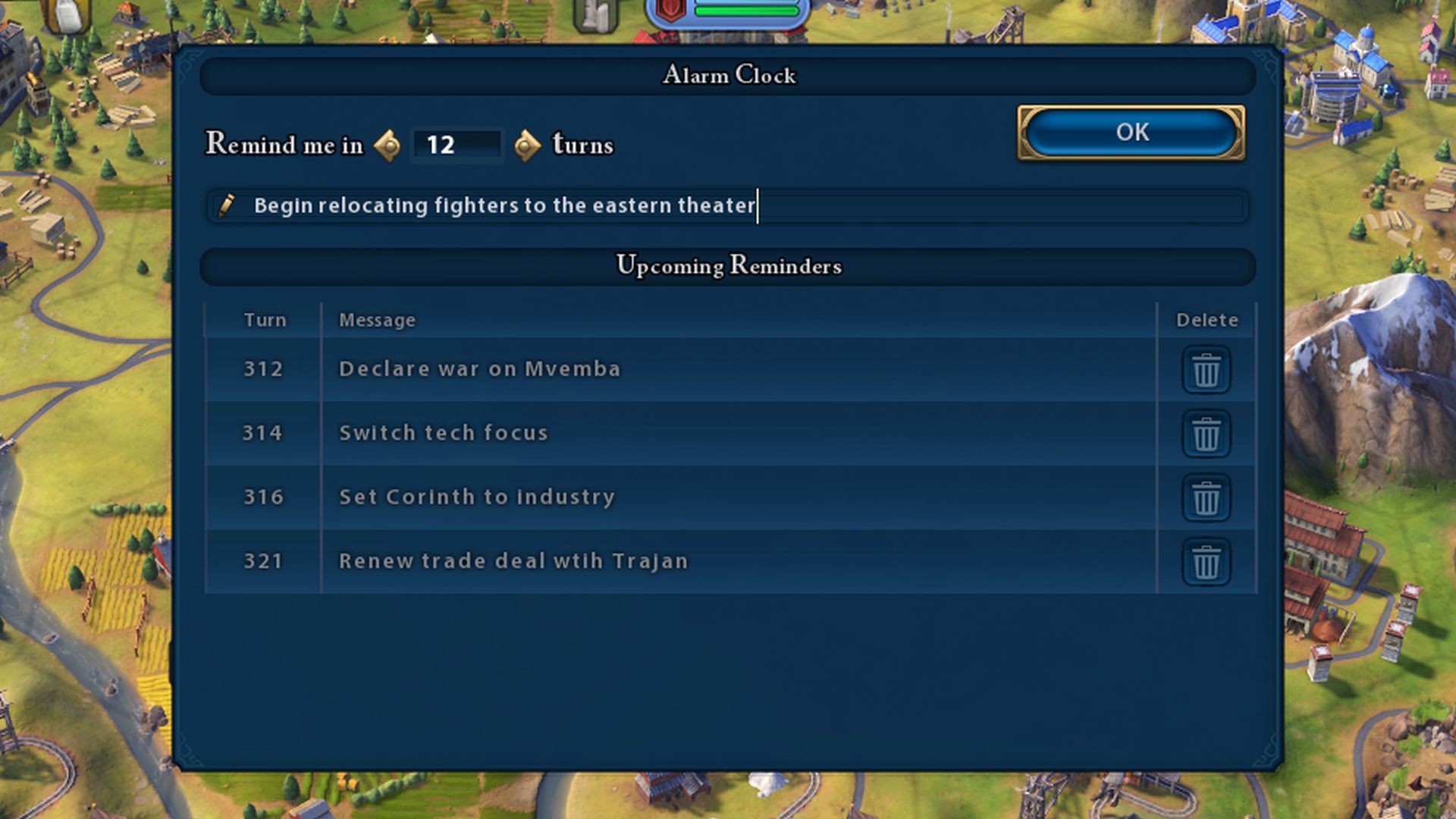 There's a new mod in town - or empire, should I say - for Civilization VI that'll make your dominion building a whole lot easier. There's a brand-new 'alarm clock' mod that reminds you of all your future plans, so you can plan your world domination safe in the knowledge you won't forget a single step along the way. Lovely.

Starting a WordPress Blog in 2020? Tr…
How to Leverage Entrepreneurship and …
Tips For Decorating With Large Rugs
Depression isn’t always depressing.
What is Google Ads and Types of Ad Ca…

Modder Isupeene's creation, just uploaded to Steam Workshop, adds a simple but super effective new alarm clock feature to the strategy game's UI, which you use to log and also keep track of your upcoming moves, sometimes many multiple turns ahead in your game.

You simply write your next play into a text box - an example the creator gives is 'begin relocating fighters to the eastern theatre' - then set when you want to be reminded (in number of turns), hit 'ok', et voilà. The mod will ping you with a reminder when it's time for the step, which pops up as a pretty non-intrusive notification in the corner of your in-game screen. Neat!