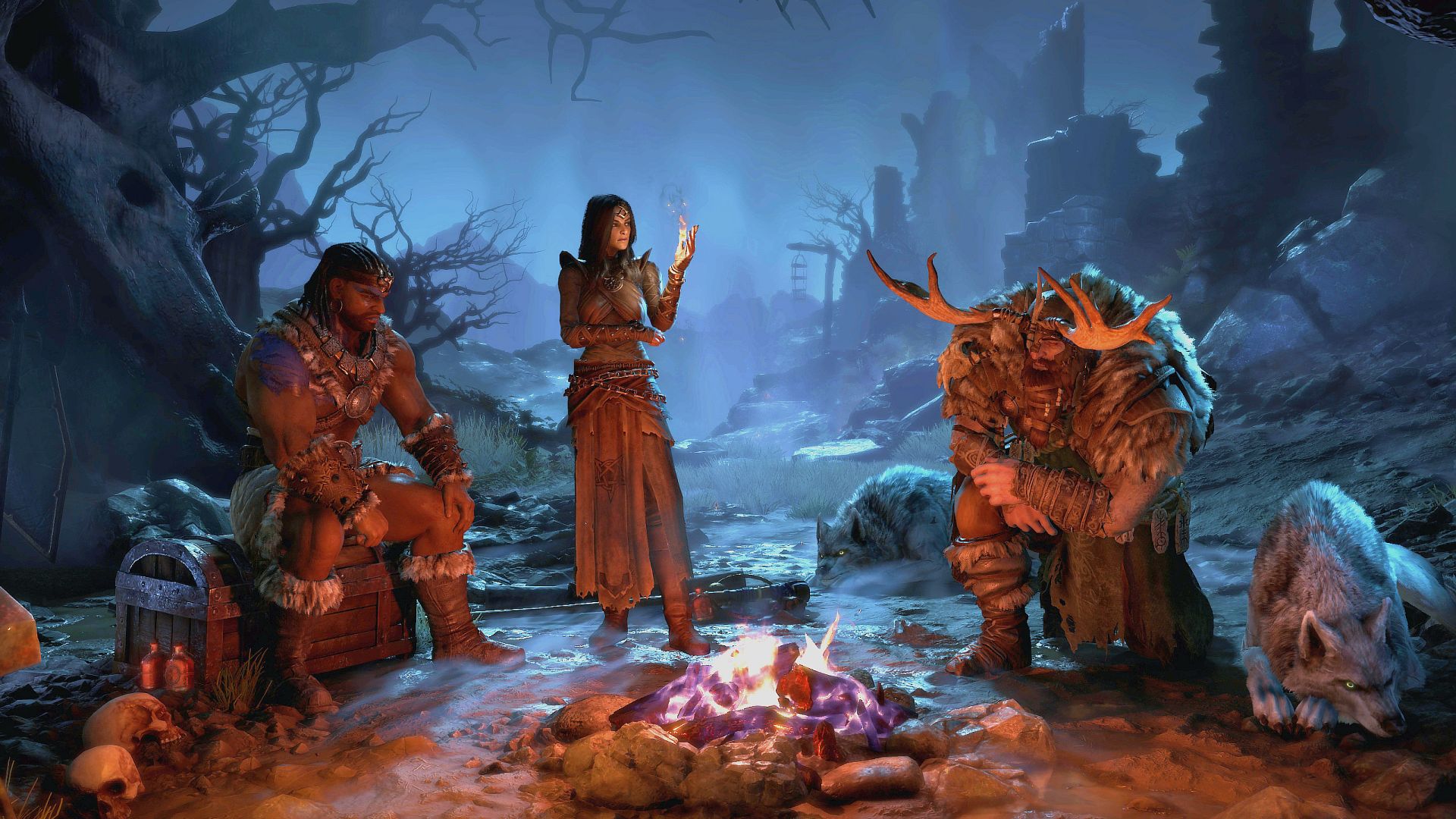 Gothic architecture drenched in inky darkness, a reinjection of horror, an opening framed around a campfire - Diablo IV, revealed last weekend at BlizzCon, trotted out of the gate with plenty of allusions to Diablo II. The first three classes Blizzard revealed - the Druid, Sorceress, and Barbarian - also come straight out of Diablo II, as does the inclusion of features like rune words and PvP.

Those last two things, in particular, are linked in a fascinating way. Rune words were special items which players could craft using plain common weapons and armour pieces containing a few empty sockets, as well as runes ranging from extremely common to one-in-million drops. Upon finding the correct combination of runes and armour or weapon types, players could create immensely powerful gear rivaling set pieces and unique items. Rune words like the weaponised Breath of the Dying, the health-buffing Heart of the Oak, and Chaos, which imbued the Assassin class with the Barbarian's Whirlwind ability, all had far-reaching impacts on the game's PvP scene.

One of them in particular represented a seismic shift in the game's landscape: Enigma. Made with three runes - Jah, Ith, and Ber - socketed into a piece of chest armor, Enigma made the Sorceress' Teleport ability accessible to every class in the game.