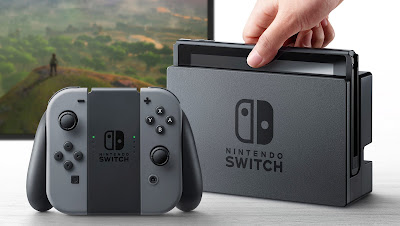 Recently Nintendo revealed their latest hardware offering to the world and no its not called the NX.

We have been waiting patiently for months as Nintendo first promised to show something on their latest hardware at E3 2016, however a short while before the show, they announced that they wouldn't be bringing it along due to fear of copycats.

Now finally we know what their latest console looks like! Formely the NX, now official title the Nintendo Switch, its pretty much what most of the rumours have confirmed. A hybrid console that uses the best of handheld and playing in front of the TV! Are you impressed?

What do you think of the Nintendo Switch? Let us know in the comments below or hit me up on twitter- @TheLibanAli