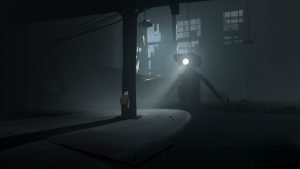 Playdead’s INSIDE, an award-winning platformer from 2016, will be included in the lineup of free titles available through Xbox Games with Gold in July, Microsoft announced today. Anyone with either an Xbox Game Pass subscription or an Xbox Live Gold membership will be able to download INSIDE for free from July 1 through 31.

INSIDE, Playdead Studios’ second game, wowed critics with its striking minimalist art direction, its highly detailed animations, and a narrative driven by pure intrigue. An engrossing and macabre experience, INSIDE takes players on a wordless adventure which evolves past its own medium. It starts as many other 2D platformers do: an arbitrary array of clever puzzles and eerie environments. But as it progresses, INSIDE touches on themes which cause the player to obsess over what the game is truly about–and what role the player has in its narrative. It’s a profound gaming experience that cannot be missed at the price of zero dollars.

Also available via Xbox Games with Gold next month are Big Crown: Showdown, Castlevania: Symphony of the Night, and Meet the Robinsons. Castlevania—the classic Super Nintendo platformer from 1997—will be available on Xbox 360 and Xbox One (through backwards compatability) through July 15. Meet the Robinsons—a video game adaptation of the Disney film–will then take the Xbox 360 slot from July 16 through 31. Big Crown: Showdown, a cooperative adventure game from last year, will be available on Xbox One from July 16 through August 15.

The post Playdead’s INSIDE Free All of July through Xbox Games with Gold appeared first on CGMagazine.