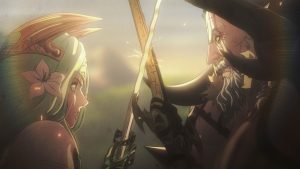 Going into my preview of Fire Emblem: Three Houses I had a number of questions about the upcoming game that I wanted to be answered. Is it accessible for new players? Will older fans be turned away by the new school portion? And will you be able to pet the dogs and cats that appear in-game? Thankfully, by the end of my playthrough, I was able to get to the bottom of all these questions and more, and I’m happy to report that so far, Fire Emblem Three Houses is both a stellar teaching simulator and also a deeply refined action-chess experience that should make fans of the series rejoice.

how to improve vision in 7 days
FTX CEO Sam Bankman-Fried, also known…
What to wear: outfit ideas for Christ…
Seven Reasons Why Fast Hosting Server…
Karen Wiesner: I Have Dreamed a Littl…

Right off the bat, the reason why it’s called Fire Emblem: Three Houses is that the game features three factions that all learn at the same school, very similarly to Hogwarts from Harry Potter. The first portion of the game takes place in a school that you can freely walk around and explore. At the beginning of the game you get to choose one of the three houses as your own and you become a teacher for that house. Also similarly to Harry Potter, you still teach students from other houses and you can actually recruit them to your house if you have high enough stats in certain skills that they value. That being said, there is one character for every house that is extra loyal and can’t be won over, no matter what. As with other Fire Emblem games you level up your character, as well as the students in your house. Since you are a teacher in this game you can level up students by tutoring them, assigning group tasks, eating lunch together, and even throwing birthday celebrations. All of these activities work on a point-allocation system and you have to manage them well as you only get a certain amount every week. 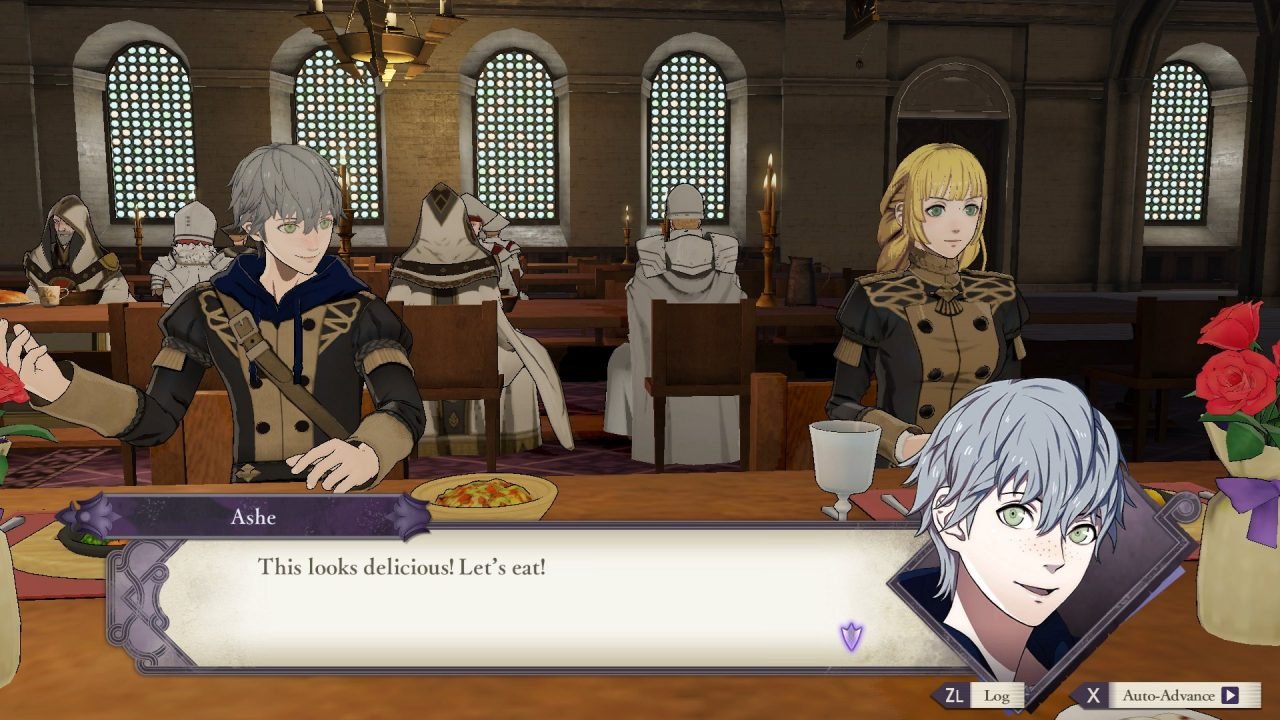 Throughout the week you work through various teaching activities and sidequests, and on Sunday you get to choose between taking part in optional battles, resting and building up your skills, or attending personal development sessions with your fellow instructors. At the end of every month, you’re thrown into a story battle, with each one serving as a standard story chapter akin to previous games. For those Fire Emblem purists who prefer straight battles, and aren’t interested in the teaching side of things, there is the option to skip straight through and only play the end of month story battles. Thankfully, if you do choose to skip all the classroom fun, your characters will still accrue XP and level up, you just won’t have control over the specifics. That being said, from what I’ve experienced so far, it would be a shame to skip the classroom portions because they’re full of things to do and are especially charming.

Still, the school portion is only one half of the overall game experience in Fire Emblem: Three Houses. I mentioned earlier that you can choose which house to teach and that ends up being extremely important in the second half. It’s not only important because you can’t change houses once you commit to one, but also because the house you choose is the one that you will fight for in the upcoming war. This war is the second part of the Three Houses story and all the preparation and choices that you make in the school portion impact what that second part will look like. While details about what causes the war are scarce, you will have to face off against former students and teachers from other houses. Since you were their teacher in the first portion of the game, they will remember you during the war portion and the dialogue options will reflect your previous bond. This creates a real sense of importance for recruiting characters from other houses that you like, as failure to do so will likely involve you killing them in battle. 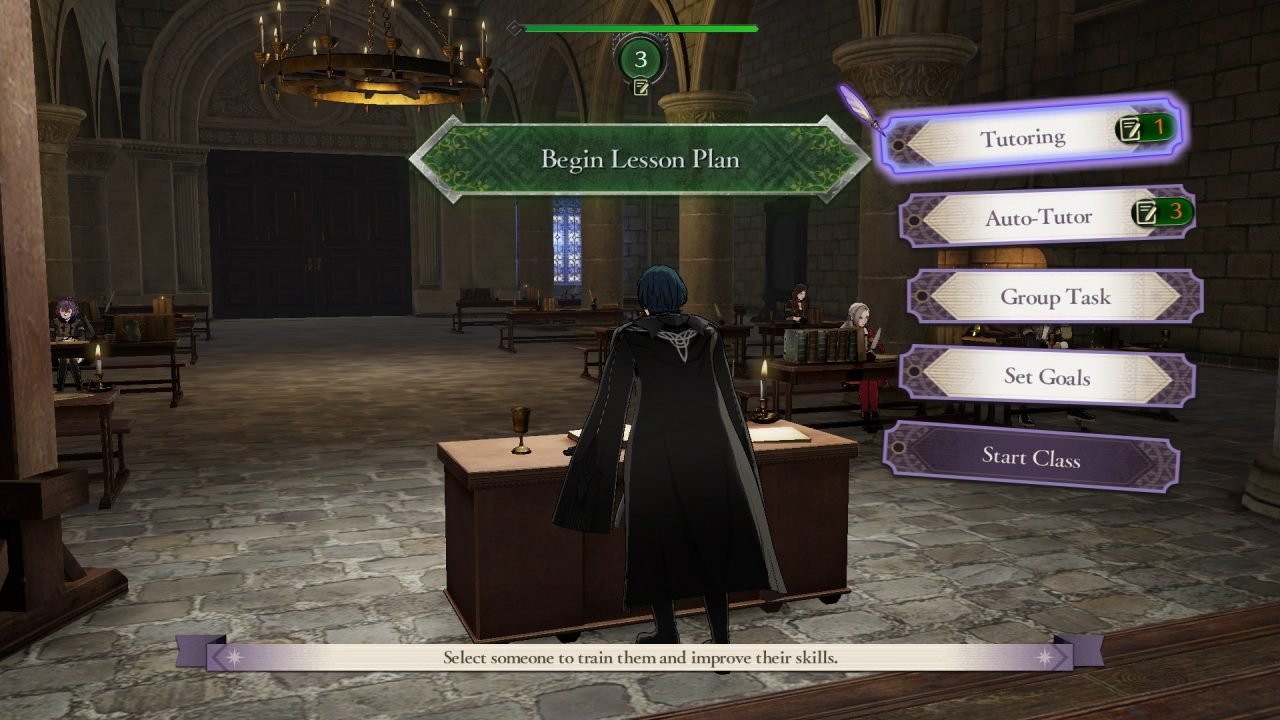 On the flip side, you can play Fire Emblem: Three Houses in classic mode, which means that if one of your characters dies in battle they cannot be brought back to life. This means that if there’s a student on your side that was a real slacker in part one and that you really don’t like then you can get rid of them. That being said, Fire Emblem: Three Houses is bringing back the old re-wind mechanic, which allows you to undo any moves that you’ve made so far in a battle. You can only use the re-wind ability three times per battle, but it does give players a bit more forgiveness.

As for the actual battles, they are dialled up considerably. The game now features foot soldiers that stand around your characters and attack with them, which adds another layer of immersion that is a first for the series. Another new wrinkle is the introduction of creatures with multiple health pools. I was able to face off against a giant green armoured lizard that I had to defeat three times in order to vanquish. The lizard had an extremely strong charge attack as well, which made me significantly more cautiously compared to the other enemies. Certain characters also have access to exclusive special abilities that include things like being able to stun enemies and healing over greater distances. As in other Fire Emblem games, relationships in battles matter and two characters can combine for super strong attacks if they share a strong relationship. You can date students to strengthen your bonds together, but only in the second part of the game, and not while you are teaching them. 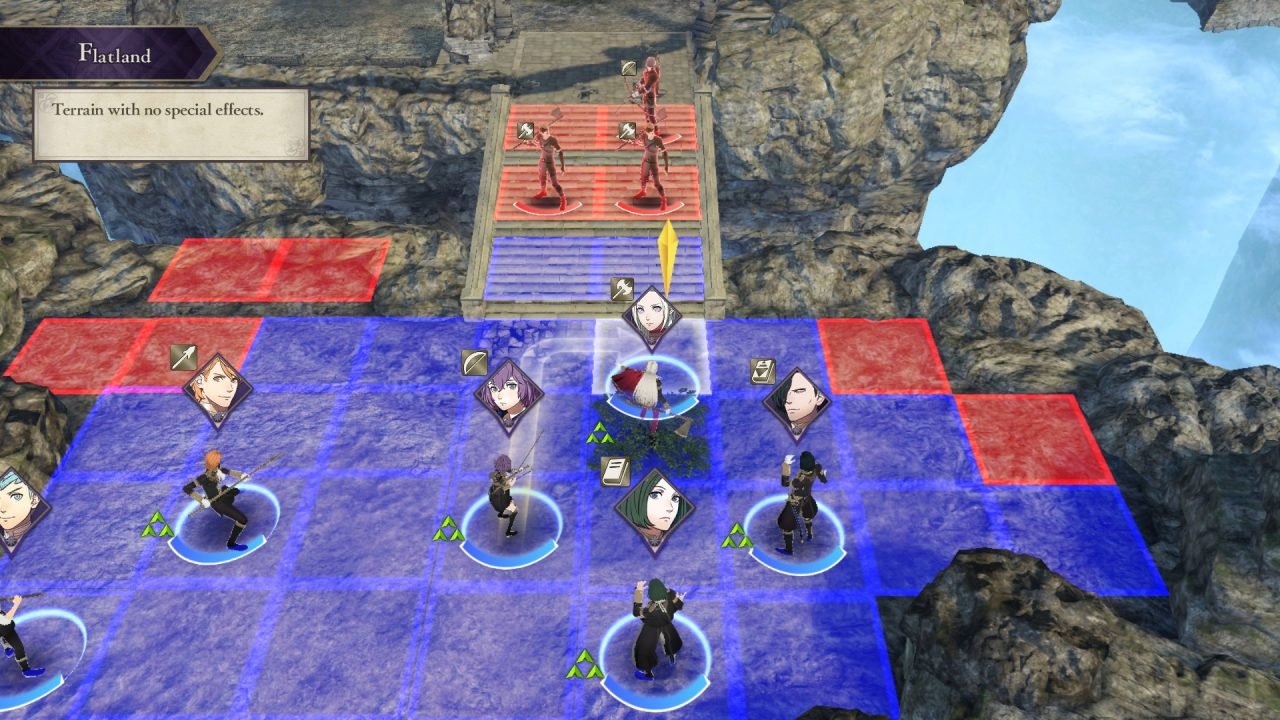 Graphically, Fire Emblem: Three Houses looks stunning, as the character models are heavily stylized and the castle over-world manages to capture the feeling of being in a Harry Potter-like world. I was only able to play the game in docked mode, but I experienced no frame drops or stuttering. The move to Nintendo Switch is immediately noticeable and it’s nice to see the series looking as good as it does. Lastly, and I hate to end on a dower, but you cannot pet dogs or cats in the current build of Fire Emblem: Three Houses. You can walk up to them and they’re still lovable, but I can’t help but yearn for the ability to interact with them more directly.

This post first appeared on CGMagazine, please read the originial post: here
People also like
how to improve vision in 7 days
FTX CEO Sam Bankman-Fried, also known as SBF, will testify before the House…
What to wear: outfit ideas for Christmas & summer
Seven Reasons Why Fast Hosting Servers Are the Way to Go
Karen Wiesner: I Have Dreamed a Little Dream (Authors and Dream Inspiration), Part 2
Novedades ECC Ediciones Noviembre 2021