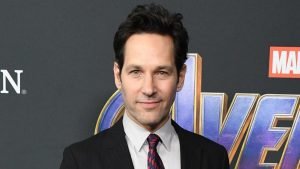 The official Ghostbusters Twitter account has tweeted a video announcing that Paul Rudd has joined the upcoming film.

Sources have told Variety that Rudd will be playing a teacher in the film, though as with most of the film’s aspects right now, that’s all we know. The site also notes that the working title for the Jason Reitman-directed movie is Ghostbusters 2020.

“I’ve been wanting to work with Paul Rudd since my short film opened for Wet Hot American Summer at Sundance,” said Feitman. I’m thrilled he’ll be joining this new chapter in the original Ghostbusters universe.”

The other potential and confirmed cast members so far are Finn Wolfhard, Mckenna Grace, Carrie Coon, and Sigourney Weaver as Dana Barrett, in a story that centers on a family that moves back home to a small town where they “learn more about who they are.”

Ghostbusters will return to haunt theatres on July 10th, 2020. There’s still a lot about it that we don’t know, so expect to see more on it in the future.

The Boys - The Name of the Game Review, and why you should read this comic!