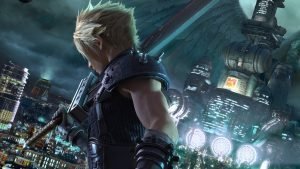 The winners of the Game Critics Awards for E3 have been revealed and they are led by Best of Show winner, Final Fantasy VII Remake.

The Square Enix game received the most first-place votes and beat out other highly anticipated games, including Borderlands 3, The Outer Worlds and Star Wars Jedi: Fallen Order. Final Fantasy VII Remake also managed to pick up the awards for Best Console Game and Best RPG. The game had a significant show floor presence at E3 this year and will be launching on March 3, 2020, on PlayStation 4.

Other notable awards winners include Doom Eternal, which won for Best PC Game and Best Action Game. The Outer Worlds, which missed out on the Best of Show award manage to snag best Original Game and it’s certainly a game worth keeping an eye on. Crash Team Racing managed to win for Best Racing Game, and our own Cole Watson called it, ” a much-needed jolt of speed and a high skill ceiling,” that reinvigorated his love for the racing genre. On the hardware side, the Xbox Elite Wireless Controller Series 2 managed to take home the Best Hardware/Peripheral award. The controller was used for all of Microsoft’s E3 setups and is set to release on November 4, 2019, for $229.99 CDN.

Overall, Square Enix took the top spot with three award wins, followed closely by Activision and Bethesda with two apiece. On the console front, The PlayStation 4 got the most award wins with 12, followed by Microsoft and PC with 10 each. Lastly, Nintendo managed to pick up Best Family Game for Luigi’s Mansion 3.